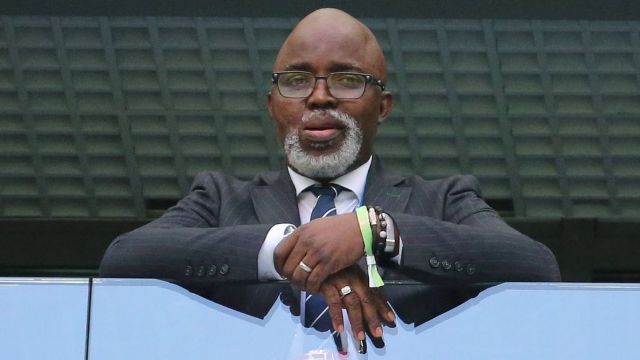 “I am happy and I can tell you that we fulfilled our objectives of restoring the spirit of the Super Eagles following the failure to qualify for the FIFA World Cup. We lost both games against Mexico and Ecuador narrowly but we were up for it and never finished on the back foot. The boys gave a good account of themselves in both games.

“Given the number of first-team players that were not available, we have to praise the boys who showed up here and gave their all. They have given us confidence going into the Africa Cup of Nations qualifiers. The despondency is over and we can now march forward in sure-footed manner.”

The 25,000 –capacity Red Bull Arena in Harrison, New Jersey was packed to overflowing as the Ecuadorians started the game in rampant manner, advertising silky touches and manifesting so much energy and invention. The boys of Gustavo Alfaro are going to their fourth FIFA World Cup finals and were in high spirit as they filed out against the Super Eagles.

The South Americans, who are drawn to play the opening match of this year’s FIFA World Cup finals against hosts Qatar on 21 November, and would also play Senegal and The Netherlands in Group A, scored after only three minutes as Pervis Estupiñán foxed the Nigeria rearguard to score from an in-swinging free kick.

They were up and running and making life difficult for the Super Eagles on the natural turf, and in the 11th minute, Angel Delgado came close with a sliced shot that went narrowly over the sticks.

Nigeria thought they had a penalty two minutes later when Terem Moffi was fouled in the box as he tried to get on the end of a sweet exchange between Moses Simon and Alex Iwobi, but the referee thought otherwise.

In the 22nd minute, Uzoho did a good job to parry over an angled shot by Isaac Caicedo, and at the other end, Cyriel Dessers could not beat goalkeeper Alexander Domingueze when through on goal. Nigeria were rampant in a melee a minute later, with so many touches in the box from a corner, but the ball simply refused to go in.

Moses Simon sent the ball sky-high from a 22-yard free kick in the 37th minute, and two minutes before recess, Dessers wasted another brilliant pass by Alex Iwobi.

In the second period, just as they did against Mexico in Dallas on Saturday, the Super Eagles dominated and created a hatful of chances, but this time failed to put any away.  While keeping the dangerous quartet of Pervis, Caicedo, Sebastian Mendez and Enner Valencia quiet, the Eagles created chance after chance, silencing the wholly Ecuadorian crowd.

Joseph Ayodele-Aribo, Iwobi, substitute Emmanuel Dennis, Calvin Bassey and Moses Simon were bright and bold, but Dessers wasted a couple of opportunities that would have tied the game.

Next up for the Super Eagles is a 2023 Africa Cup of Nations qualifying match against Sierra Leone, at the MKO Abiola National Stadium, Abuja on Thursday, 9th June.