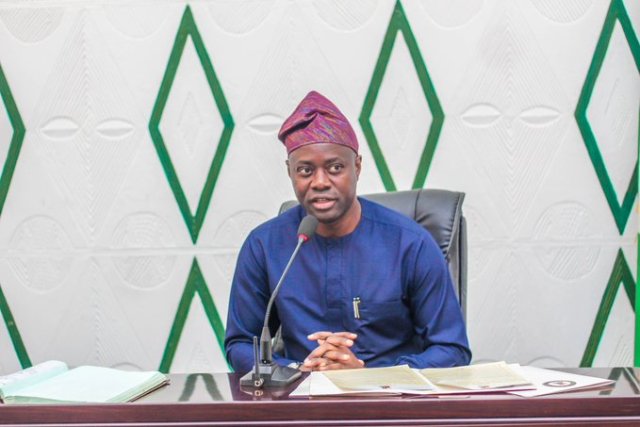 IBADAN, Nigeria – The Oyo State Government has revealed that Seven-hundred and seventy-nine intending pilgrims with Oyo State Pilgrims Welfare Board, Muslim Wing are to leave Nigeria for Saudi Arabia on Friday, June 17 for this year spiritual Hajj performance.

This was made known by the Chairman of the Board, Prof. Sayed Malik during the distribution of Hajj Clothes, Bags and other needed materials to Intending Pilgrims at Board Office, Hajj Camp, Olodo Ibadan today.

Prof Malik also called on the State’s 2022 Hajj intending pilgrims to pray for Nigeria while performing the spiritual exercise in the Kingdom of Saudi Arabia. He stated that the first batch of the Pilgrims are expected to be moved from Ibadan to Lagos State on Thursday, 16th June and take off to the Holy Land of Saudi Arabia on the following day.

“The first batch of Oyo State Intending Pilgrims for this year’s Hajj is going to leave Ibadan on Thursday 16th June and airlifted inshaAllah early morning of the Friday, that is 17th July 2020”, he noted.

While urging those that were unable to collect the needed materials today to make themselves available as soon as possible, the Chairman noted that the Executive Governor, Engr. Seyi Makinde is expected to meet with the intending pilgrims on Wednesday 15 to bid them welfare.

According to him, “Seven Hundred and Seventy-Nine (779) people are expected to perform this year’s Hajj from the State”.

The Chairman called on all the intending Pilgrims to converge at Hajj Camp in Olodo on Thursday 16th June in preparation for their journey from Ibadan to Lagos.

He therefore admonished them to abide by all regulations laid down by the Saudi Government and be good ambassadors of the State and Nigeria at large.

“They must realise that they are going there for religious exercises, they must be careful not to go against regulations from the Saudi Arabia Government and abide by instructions given by officials of the Board because they are more knowledgeable than they are as far as Hajj is concern”, he advised.

“They should not do things that can tarnish the good image of Oyo State in particular and Nigeria in general”, the Board’s Chairman warned. They must ensure they do not carry any illicit drug along with them because the Law Enforcement Agencies will be on ground to examine them thoroughly”, he also added.