Ikoyi Collapsed Building: Owner to forfeit land as structure goes down in 90 days 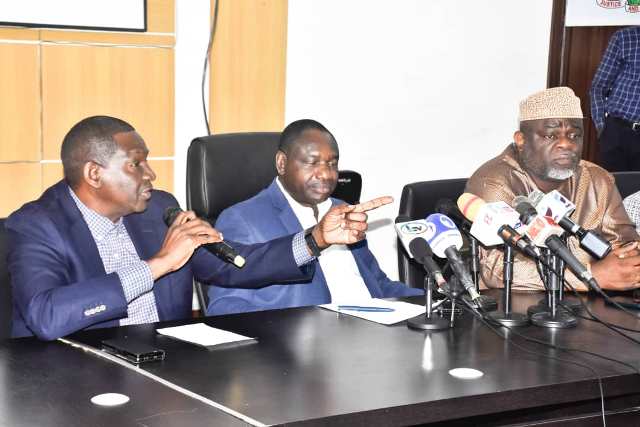 IKOYI, Nigeria – Lagos State Government is set to demolish the two standing structures within the complex of the collapsed 21-storey Ikoyi building on Gerrard Road, which claimed many lives in November, 2021.

In addition, the government says it had handed over the two remaining skyscrapers still standing on the land to a contractor to demolish within 90 days.

According to the Commissioner for Physical Planning and Urban Development, Dr. Idris Salako, the land would also be taken over by the state government.

Salako spoke on Thursday at a press briefing which held at the Bagauda Kaltho Press Centre, Alausa, Ikeja, to explain how the government will go about the demolition. He said the state government is taking over the land in accordance with the state’s physical planning law stipulating that owners of collapsed buildings would forfeit the land to the state.

He, however, said the state is yet to decide what the land would be used for when forfeited but hinted it may likely be used for something that will help to remember those who died in the building.

The Commissioner for Information and Strategy, Gbenga Omotoso, said the decision to demolish the two standing structures was as a result of recommendations of the panel set up by the government which recommended for the buildings to be demolished because they failed integrity tests.

In his remarks, the Managing Director of Edge of Designs, Theophilus Lewo, said the deconstruction would take about 90 days but might be extended due to weather, rain and the safety of the workers. He said his company would not be demolishing the building, but deconstruct the building using a controlled method.According to him, the building would be grounded through cutting it in pieces.

It would be recalled that the 21-storey building belonging to Fourscore Heights Limited, which was located on Gerrard Road in Ikoyi collapsed on November 1, 2021, killing 44 people, including the firm’s Managing Director, Femi Osibona; his friend, the United States of America-based Nigerian businessman, Wale Bob-Oseni; his personal assistant, Oyinye Enekwe, and clients.