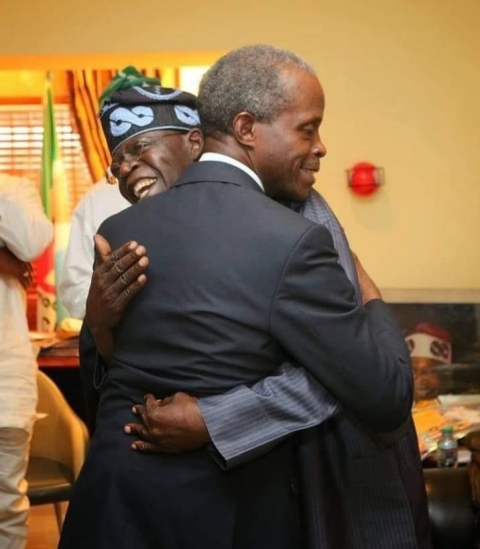 LAGOS, Nigeria – A support group, The Osinbajo Think Tank, has congratulated the All Progressives Congress Presidential Candidate, Asiwaju Bola Ahmed Tinubu on his recent victory at the Party’s Primary at Abuja.

The group equally urged the APC National Leader to strengthen good governance in the country, when he becomes President. Mr. Olugbenga Olaoye, the Group’s spokesperson said that the group was pleased with the peaceful conduct of the primary election.

Asiwaju Bola Ahmed Tinubu on Tuesday in Abuja defeated our dogged Principal and Vice President, Prof. Yemi Osinbajo and 12 other candidates in a presidential primary election held at the Eagle Square, Abuja.

He said that his group in accordance with its vision of promoting good governance is in support of every process of democracy, as demonstrated by the All Progressives Congress.

He described Asiwaju Bola Ahmed Tinubu’s victory as a well-deserved one, considering his contributions to the development of democracy in the country, since its advent in Nigeria.

“The Osinbajo Think Tank, congratulates APC National leader on his recent victory at the party’s primaries. We urge him to uphold good governance in Nigeria, as he has always done”, he said.

Olaoye also congratulated Osinbajo for his show of maturity and unwavering conviction, despite the pressure to step down.

How Squad by GTCO is reshaping the Nigerian payment space

Siblings jailed for duping citizens of the United States

BUHARI TO TRANSPARENCY INTERNATIONAL: YOUR REPORT ON CORRUPTION UNDER MY WATCH IS FAR FROM REALITY