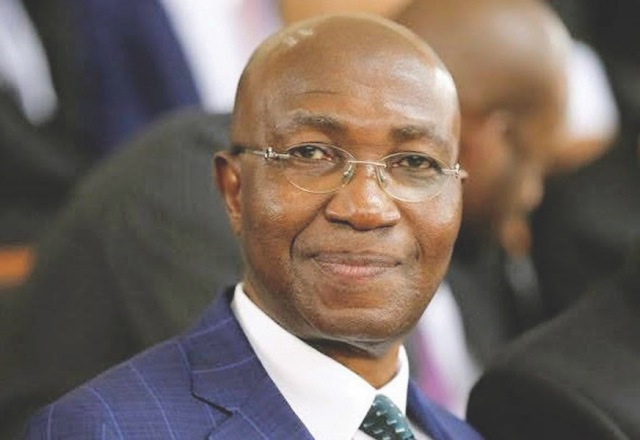 LAGOS, Nigeria – Chairman, Body of Benchers, Chief Wole Olanipekun, SAN has called for a review in the appointment of members of the National Judicial Council (NJC) and Federal Judicial Service Commission (FJSC).

According to him, current reality calls for the need to completely rejig, readjust, retool, recast and and total overhaul  to bring about independent people to perform the functions now vested in the two bodies, regarding recruitment, appointment, discipline and welfare of Judges and judicial officers. “ This is what operates in other climes”, .

In a paper titled, “The Allegation of Corruption ìn the Legal Profession: Who is to Blame” delivered at the 2022 Annual Alao Aka-Bashorun Memorial Lecture organised by thẹ Nigerian Bar Association (NBA), Ikeja Branch held at Marriot Hotel, GRA, Ikeja.

Olanipekun spoke against thẹ background of the  May 3 valedictory speech of a recently retired Justice of thẹ Supreme Court, Justice Ejembi Eko Who suggested that budgetary allocation of the Judiciary be subjected to investigation by the anti-graft agencies.

Justice Eko also quoted the Director of Budget, Federal Ministry of Finance to have stated recently at the memorial lecture in honour of the late Abdullahi Ibrahim, SAN, at the Sheu Yar’Adua Centre, Abuja that “it is baffling that the welfare of Judges remains in abject state inspite of the increase of the budgetary allocation to the Judiciary under this regime. Why? The said Director of Budget suggested that the panacea to the often touted underfunding of the Judiciary would be for “the judiciary to allow its books to be opened” by the relevant authorities.

“This clearly is an allusion, albeit an indictment, pointing to the internal fraud attending to the management of the budgetary resources of the Judiciary. Nothing stops the office of the Auditor-General of the Federation, the Independent Corrupt Practices Commission (ICPC) and other investigatory agencies from “opening the books of the judiciary” to expose the corruption in the management of their budgetary resources.

“That does not compromise the Independence of the Judiciary. Rather, it promotes accountability.”

Some national Newspaper also reported on Tuesday that 14 serving Justices of the Supreme Court of Nigeria are “complaining seriously about welfare issues pertaining to the Court and judicial personnel, and that the work they do is very serious and sensitive, which ordinarily requires the appropriate authorities to take good care of them to be able to deliver as expected” among other issues .

Chief Olanipekun described thẹ development at thẹ apex court as topical and  an unprecedented legal conundrum which has to be nipped in the bud.”

He therefore urged stakeholders ìn the nation’s Judiciary to wade into the row as quickly as possible. One of thẹ discussants, Yemi Candide-Johnson, SAN, said the function of the legal system cannot bẹ achieved If practitioners continue to destroy it with lies. He remarked that if the system is corrupted with money, it would bẹ difficult to get justice.

He regretted that some justices of the apex court have failed in thẹ description of the character of an upright Judge. “When you take oath as a Judge, it is not a game. If you can’t dó it, leave it.”

A Life Bencher, Dele Adesina ,SAN, said lawyers should be courageous enough to reject forum shopping from clients. He stressed the need for the disciplinary Committee of thẹ NBA to be able to sanction members as appropriate.

Dr Muiz Banire, SAN, remarked that lawyers themselves are  cause of the problems ìn the Judiciary saying, “If we don’t regulate ourselves now, it will give room for external body to regulate us.”