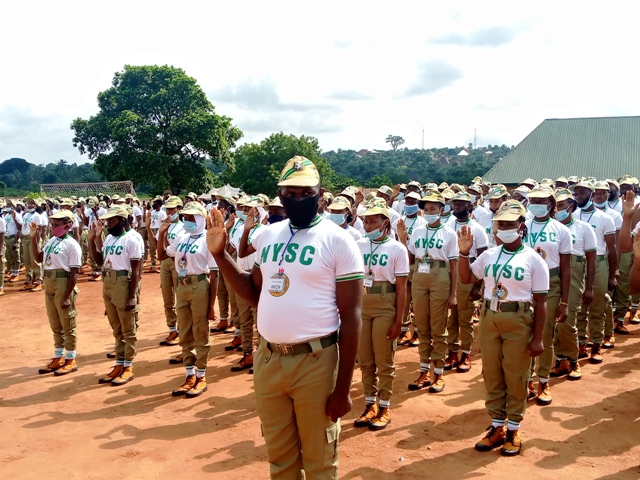 ONITSHA, Anambra, Nigeria –  The newly appointed Anambra state National Youth Corps  Service (NYSC), Coordinator Mrs Blessing Ekene Iruma has stated that her major target in the state was to prioritise the welfare and security of corps members deployed to the state.

Iruma disclosed this at the swearing-in ceremony of the 2022 Batch “B” Stream 1 Corps members deployed to Anambra state on Tuesday at Nnamdi Azikiwe NYSC Unity Permanent Orientation Camp Umuawulu/Mbaukwu in Awka South Local Government Area of the state.

” My expectation is for the welfare and security of the corps members deployed to Anambra state. Given the ongoing situation, there is a need to make adequate security arrangements for these youngsters.

“I have held meetings with the traditional rulers Mbaukwu and Umuawulu communities about how to provide more security to corps members. I have also appealed to them and other stakeholders in the state to increase every measure towards the welfare and security of corps members in the state  “she said.

According to her, she had written to the state governor Prof Charles Soludo on the need for adequate security and welfare of the corps members in the state.

She also said that she will soon visit the governor with the proposal on the challenges  in the camp and he Is expected to visit the camp to see things for himself.

According to her, some lawmakers have also indicated interest to visit the camp with the hope of assisting it for the better. The coordinator also disclosed that  1790 corps members were deployed for the 2022 Batch “B” Stream 1 service year in the state.

You are all hooligans, Anambra education commissioner tells teachers