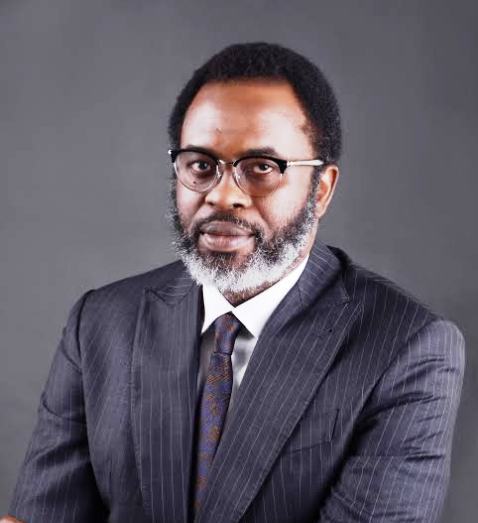 IKEJA, Nigeria – The Lagos State Ministry of Justice, MOJ has reacted to statement credited to one Mr. Lai Omotola, describing him as a liar and a fugitive, running away from prosecution.

Lai Omotola had in a statement alleged that the Attorney General & Commissioner for Justice in Lagos State, Mr.  Moyosore Onigbanjo, SAN collaborated with the Nigeria Police Force to forge and rely on forged documents to initiate criminal proceedings against him  in court.

But in a statement, issued through his Director Public Affairs, Mrs. Grace Aloh, the commissioner described Omotola’s allegations as unfounded, false and a calculated attempt to manipulate and evade prosecution.  The statement also urged Mr. Lai Omotola to make himself available to the legal process instead of running away.

According to the MOJ, the Task Force on Land Grabbers “Task Force” received a petition dated 25/06/19 initially accusing one Mr. Fatai Okesiji of land grabbing, illegal encroachment and forcefully taking over and possession of a land situate at No 63 Iju Road, Agege.

“In a subsequent petition on the same land dated 28/9/19, the petitioners alleged that Mr. Lai Omotola of Master Reality International Concepts Ltd and Mr. Fatai Okesiji were the ones who illegally grabbed their land.

“After investigating the allegations contained in the above petitions, the Task Force found merit in the petition and restored the petitioner (Estate of Moshood Aremu Olatokunbo) into possession having discovered that Mr. Lai Omotola and Mr. Fatai Okesiji forcefully took over possession of the land contrary to the provisions of the Lagos State Property Protection Law, 2016.

“ Having been dispossessed of a land which did not belong to him, Mr Lai Omotola proceeded to make verbal accusations of corruption against the Coordinator of the Task Force (Mr Arole). Mr Omotola was then informed through his lawyer to put his accusations in writing to enable investigation.

“ On 2/02/20 and 19/02/20, Mr Lai Omotola petitioned the Hon. Attorney General’s Office and a Committee was set up to look into the issues. The Committee invited Mr. Lai Omotola and the official accused, to testify before it. At the end of its deliberations, the Committee came to the conclusion that Mr. Lai Omotola could not substantiate his allegations of corruption against the Coordinator of the Task Force.

“Contrary to Mr Omotola’s allegation that the outcome of the Committee’s decision was communicated to him by a letter dated 21/02/22 which was received in his office on 28/02/22.

“ Still dissatisfied with this outcome, Mr. Lai Omotola proceeded to start harassing and intimidating the Coordinator of the Task Force with all sorts of frivolous petitions, as a result of which the Coordinator was dragged before Zone 2 Police Command, EFCC and IGP’s Monitoring Team, Abuja”, the ministry explained.

On criminal charges against Mr. Lai Omotola, the Ministry of Justice  explained that  upon conclusion of investigations based on petition and cross-petition received by Zone 2 Police Command, from Lai Omotola and Estate of Moshood Aremu Olatokunbo, the duplicate casefile was forwarded to the Directorate of Public Prosecutions (DPP) for issuance of Legal Advice.

“ Based on the foregoing the DPP’s office filed a four Count charge against Mr. Lai Omotola. A letter dated 8/07/21 from the law firm of Lukman Iman & Co (solicitors to Mr. Lai Omotola) acknowledged that the charge sheet was served on Mr. Omotola contrary to the allegations of non-service of the charge sheet on him during his press conference”, the ministry said.

The MOJ explained that the matter came up at the High Court of Lagos State for the first time on 22/3/21, but Mr. Omotola was absent.

“Owing to his absence in Court on that day, the Court issued a bench warrant for his arrest. However, the bench warrant was revoked on the 25/10/21 when Mr. Omotola appeared in court accompanied by his lawyer.

“ Rather than present himself before the Court to answer to the charges leveled against him, Mr. Omotola deployed all manner of antics to delay and frustrate the trial of this matter. The latest of which is his press conference.

“The allegations by Mr. Lai Omotola are therefore refuted and unfounded. Furthermore, by his actions, Mr. Lai Omotola is now a fugitive and anyone who has information about his whereabouts should inform the nearest Police station so that he can be arrested and brought before the court”, the MOJ said.