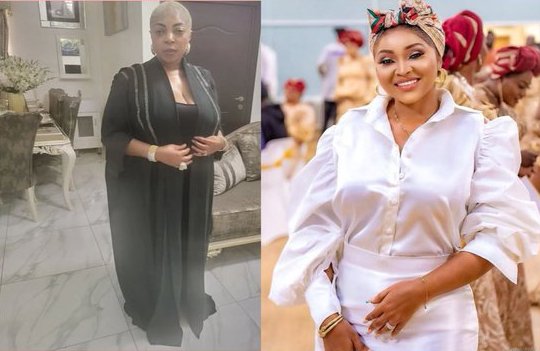 LAGOS, Nigeria – Nollywood superstar, Mercy Aigbe on Sunday engaged Lara Olukotun  better known as Larrit in a free for all fight  at the opening of a new plaza on Sunday, June 12, 2022.

According to an eye witness,  Mercy Aigbe was enjoying herself from the high table where she was seated with other colleagues and told the musician to play the proverbial song, Orin Owe but as the music was playing, the Nollywood star reportedly sand along  as she danced doing “forifori’and  in the process mentioned the name of Larrit.

This development got Larrit irritated, who eventually hauled objects  on Mercy, what followed was  insult of the highest order.

According to report, Larrit who was Pasuma’s ex-lover  even  called Mercy  Aigbe ‘thief pussy’ obo ole. Larrit confirmed this herself.

NdaniTV set to redefine series with ‘Love Like This’