The Juliet Isi Ikhayere on my mind ahead of 2023 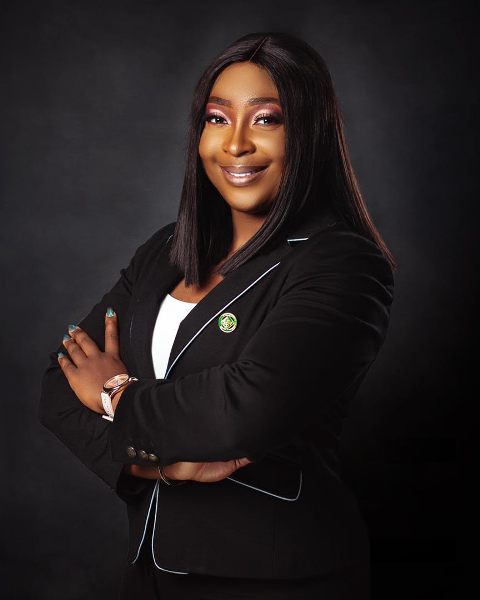 LAGOS, Nigeria – Presently, the most particular matter on the minds of Nigerians concerns the 2023 presidential election. A lot is going on in the nation now.

The big question is, who will be the next President of Nigeria? Alongside the search for a president, is the hunt for representatives in the Legislature.

In a scenario like ‘Nigeria 2023’ , we are all used to the domination between the two largest parties in the West African region – the Peoples Democratic Party (PDP) and the All Progressives Congress (APC), notwithstanding that the other political parties have exceptional individuals.

Let’s be adept and give the young woman; Barrister Juliet Isi Ikhayere of the African Democratic Congress (ADC) a chance to prove herself.

Ms Juliet has been active in sensitization and mobilization programs for peace building purposes and social development in her community. She had previously contested for Councilor in the just concluded FCT Area Council Elections in Abuja.

Also, when talking about positive qualities, Juliet Isi Ikhayere is a bridge builder and philanthropist. Praises and commendations are always used to describe her person.

Should I say a few things about her?, yes I’ll state my experiences while working with her. Ms Juliet is a happy person. She is one of the very few politicians in Nigeria with a strong Ideology. By working closely with her, I learnt to appreciate female politicians in Nigeria. It is not easy being a woman participating in a men’s dominated exercise without compromise.

I remember a moment where we both had to deliberate on an issue, she quickly asked that we be led by our spirits and consider multiple outcomes before moving forward. She doesn’t believe in rash decision making.

Having worked with her for long period, I have noticed, she pays attention to every suggestion made by members of her team and doesn’t decide solely.

In a speech following her emergence, Barr. Juliet Isi Ikhayere appreciated the members of the party’s electoral committee for ensuring a free and fair election. She also thanked the members of the Party as well as the delegates who coordinated themselves peacefully as they exercised their civic responsibilities. Now that is something about Barr. Juliet Isi Ikhayere, she’s always appreciative of every kind of efforts in any activity.

She further assured the people that she will not fail to propagate the significant ideologies of her party as it is a party whose agenda, like hers, focuses on progress, gender balance, unity and care for persons with disabilities.

The Principal partner at the Makhoms -J Attorneys also possesses a straight line as she owns no accounts of experiences with anti-corruption agencies.

All I can say at this moment is that Nigerians must consider a vibrant person that has a plan which puts energy and capacity into consideration and utilization. This is not the time for strong institutions but strong candidates with an upright manifesto. I believe this time we can do better.

NB: Chinedum Anayo is a Political Commentator and can be contacted on : neduum@aol.com

OF SEN. DINO MELAYE AND TAMING OF THE ARROGANT POWERS OF BOURDILLON