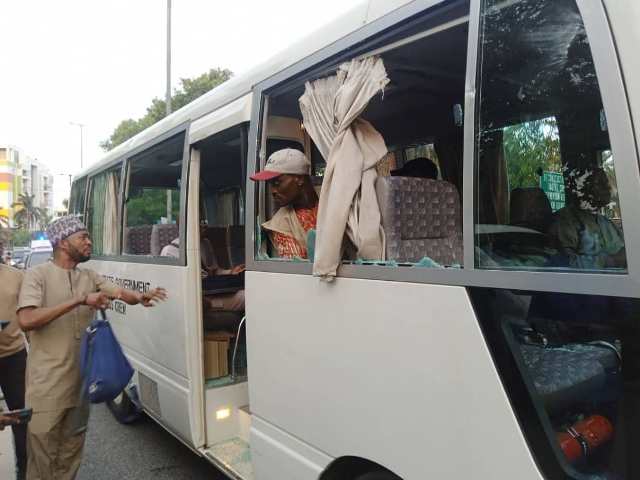 IKEJA, Lagos, Nigeria –  Journalists attached to the Lagos State Governor’s Office (Governor’s Office Press Crew), were on Sunday attacked by hoodlums who inflicted varying degrees of injuries on some members of the crew.

The ugly incident occurred when the hoodlums  stormed the palace of Oba of Lagos, Oba Riliwanu Akiolu, after information filtered in that the All Progressives Congress (APC), presidential candidate, Bola Ahmed Tinubu, was at the palace with the governor, Babajide Sanwo-Olu, and his colleagues from Kano, Abdullahi Ganduje, as well as other dignitaries.

One of the journalists who sustained injuries was a Correspondent attached to the State House from Western Post, an online medium, and identified as Adeola Ogunrinde, who was hit on her right eye.

Aside from her, other pressmen were reported to have sustained minor injuries during the attack perpetrated by the hoodlums. They are currently receiving medical attention. The press bus conveying the crew was also seriously damaged and vandalised, with the crew members scampering for safety in their bid to avoid further injuries by the irate mob.

The former Lagos State Governor arrived in Lagos on Sunday after the Ekiti State governorship election – in which the APC candidate, Abiodun Oyebanji emerged winner – and was received at the Presidential Wing of Murtala Mohammed International Airport in Ikeja before proceeding to the palace of the Oba of Lagos.

The attack, observers say, may not be unconnected with the hoodlums’ usual demand for ‘settlement’ by politicians during such occasions.