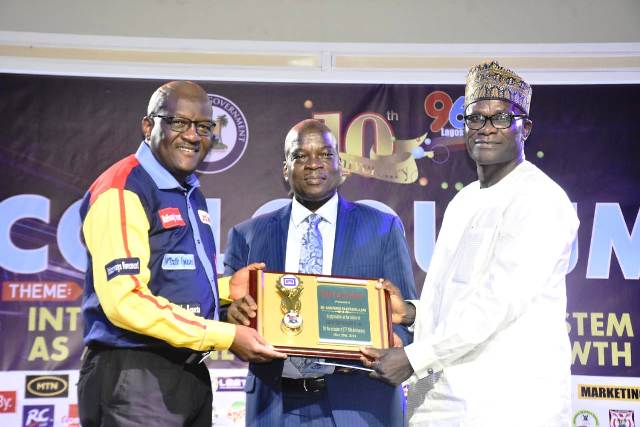 LAGOS, Nigeria – The Federal Minister of Works and Housing, Mr. Babajide Fashola (SAN), has submitted that integrating traffic education into school curriculum in Nigeria was essential to raise a generation of law abiding drivers, thereby, changing the narratives of traffic offences in the country.

The Minister, who was the lead speaker at the 10th Anniversary Colloquium of the Lagos Traffic Radio (LTR), held in Lagos, on Thursday, said such integration was important for traffic management, particularly in Lagos, where the narratives of traffic congestion is a critical factor, given the state’s status as the economic hub of the country.

Fashola agreed that though infrastructure was important, he submitted further that “we must improve on education.”

“I recommend that the Government challenges the Ministry of Education (in collaboration with the Ministry of Transportation), to introduce traffic education into the school curriculum, drawn from the Highway Code and the Traffic Law in primary, secondary and tertiary schools in order to raise knowledgeable drivers that will obey traffic laws.

“It is my belief that if this is properly implemented, Lagos State would have produced a new generation of motorists, who are more educated and aware of their rights and duties on our motorways,” the Minister who was represented by his Special Adviser on Media and Publicity, Mr. Hakeem Bello, said.

Speaking on the theme of the colloquium, “Integrated Transport System As A Lifeline for Economic Growth,” by foremost African traffic station, LTR, to commemorate its 10 years of uninterrupted operation, the Minister mentioned that integrated transport system plays a central economic role “as a source of opportunities for investment, employment, businesses, and the value chain in the transport network.”

Fashola mentioned LTR has operated with deep impact for 10 years and was “still waxing strong” to fulfill the demands of improved transport experience in the State.

In his speech, Lagos State Governor, Mr. Babajide Sanwo-Olu described the creation of LTR as “a noble idea” which has proven it’s relevance in the past 10 years, mentioning the station has maintained a noble status as a “leader in its area of competence.”

He said the theme of the colloquium was apt and speaks directly to the goal his Administration has been working strategically to achieve under the Transportation Management pillar of the THEMES Agenda.

“Our objective under this pillar is to transform the transportation system through an intermodal system that is efficient, safe and comfortable and befitting of a mega city like Lagos,” the Governor represented by the State’s Commissioner for Information and Strategy, Mr. Gbenga Omotoso said.

He mentioned that with the intermodal transportation system, the State has leveraged on the development of rail and water means of transportation and   has continued to invest heavily in same.

He commended LTR for its commitment and initiatives, which according to him, “have brought new meaning to radio broadcast not only in Nigeria but in the African Continent.”

In his speech, the State Commissioner for Information, Mr. Gbenga Omotoso, represented by the Permanent Secretary, Lagos State Ministry of information and Strategy, Mr. Olusina Thorpe, said the theme of the Colloquium “couldn’t have come at a better time, considering the humongous challenges confronting the transport sector of our dear country.”

“As we all know, transportation is the wheel of progress which drives other sectors of the economy to the point of destination. It is a sector that brightens our work when it is fully harnessed,” he said.

In his remark, the State Commissioner for Transportation, Dr. Frederick Oladeinde, said integration in Lagos was important, given the prevailing and projected population explosion in the State.

He mentioned the theme of the colloquium was apt, given the fact that since such explosion could not be stopped, integration was pertinent for a reliable system.

According to him, among the parameters of integration, Information and Time-Table integration remain key, which he mentioned LTR has been living strategically to maintain.

One of the Panelists, a former Commissioner of Transportation, Lagos State, Tpl. Prof. Bamidele Badejo, said integrating traffic education into school curriculum, as submitted by Fashola, could be driven by deployment of traffic stakeholders as teachers to get pupils enlightened on traffic education.

In her submissions, the Managing Director, Lagos Metropolitan Area Transport Authority (LAMATA), Engr. (Mrs) Abimbola Akinajo, said the subject of integration into the transport system was dear to Lagos, given the critical demand of mobility “in an effective and  efficient way.”

She said it was important to have educated people who understand the ramifications and consequences of traffic offences for improved transport experience in the State.

PDP: SHERIFF IS A PUPPET IN THE HAND OF APC