Deadly blows from wife that lands husbands on hospital bed 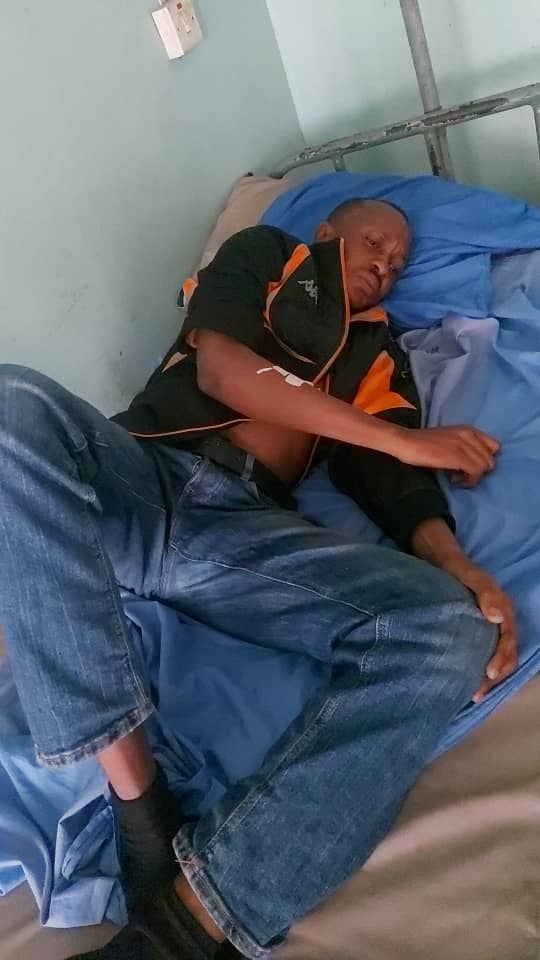 LAGOS, Nigeria – Niyi  Adeyemo, a 39 year old young man whose wife has just returned from Dubai,  the United Arab Emirates  is now the guest  of doctors at a Lagos based hospital after being subjected to severe beating by his lovely wife, Jumoke Bamgbola.

Relationship between the couple got sour in 2019 after just one year in marriage, when the wife decided to travel to Dubai for greener pasture.  Her sudden return from Dubai fuelled demand for divorce from Jumoke who  seemed to have kicked off an extramarital affairs while she was in the UAE.

Adeyemo  who spoke from his hospital bed said things changed for the worse upon her return.

“Bamgbola stormed my house  in Lagos on May 30, 2022, around 11am and asked me why I have not been picking her lawyer’s phone calls, I don’t want to talk to you I replied and she said that I must talk to her because she has come prepared for me.

“I tried walking away but she dragged me back and tore my cream-coloured native attire specifically designed for my late mum’s burial. She  became very violent.

“She dragged me  out and started throwing uncountable punches at me all over my body especially on my legs because she is aware of my health condition, she tossed me around the house and kept saying that she will make sure I am admitted to the hospital.

“She also dragged me by the penis and bit my hands as I tried to prevent her from biting me on my manhood. I deliberately stopped myself from hitting her like I was advised. So I telephoned her dad and put on the phone speaker, her dad called out her name but she refused to respond or listen to him.

“Her dad asked me to leave the house but I couldn’t as she locked my neck with my torn clothes I am wearing and said that I must give her a divorce. I was in severe pain and later found myself in the hospital.

“Earlier, I once spoke with the lawyer and he requested a meeting with him to resolve the issue between us, but I asked him to give me little time because I am still mourning my loss, Bamgbola telephoned me back almost immediately and said that the death of my mum is not ordinary and threatened to tell the whole world how my mum died if I don’t cooperate with her lawyer.

“I got furious and telephoned my wife’s sister and told her that I am indeed interested in the cause of the death of my mum which my wife claimed to know about. My wife’s demand for divorce becomes more intense when she arrived from Dubai early this year.

“While she was in Dubai, we resolved the difference between us through telephone video calls and made plans to relocate from where I stayed, but she suddenly changed and began comparing me with a man she met over there.

“She came back in January 2022 and requested to lodge at a hotel in Lekki area of Lagos so as to self isolate because of Covid-19 to avoid virus infection on our son. Apparently, she came back to Nigeria with a boyfriend with whom she has arranged to spend the night in the hotel.

“I telephoned her several times but she refused to receive my call and when I used other persons phone to call, she cuts off the call after she heard my voice.

“She once telephoned me and said that only a child binds us together and I will be powerless after she takes away our child and threatened to kill me with her own bare hands if I don’t give her a divorce because her boyfriend says that he can’t marry someone who is married with a child.”

IGP, CP Akpoyibo in trouble over killing of Ekwulobia youths