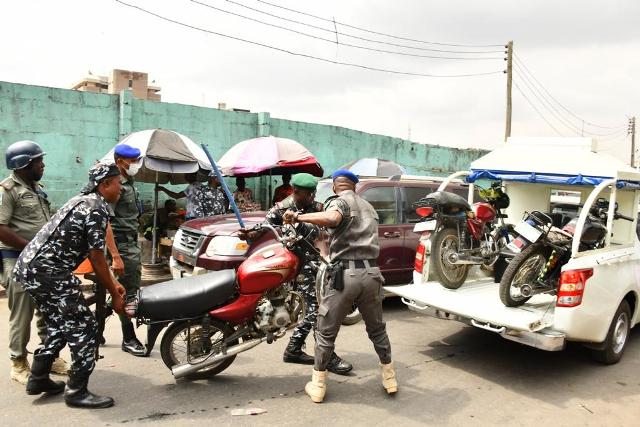 LAGOS, Nigeria – Chairman of the Lagos State Taskforce CSP Shola Jejeloye has said that the agency will  today crush another set of 2,228 impounded Motorcylces to further make the enforcement of the ban thorough and effective.

Speaking in his office at Bolade, Oshodi, the Chairman said it has been crushing bikes in time past and that  the last of which was on 25th of May,2022 and that the agency would further intensify its effort in ensuring that all impounded Okada are crushed after following the due process of Traffic Laws as enshrined in Lagos State Transport Sector Reform Law of 2018.

The chairman stated that the law is very clear for the Okada operators to see that their actions are in complete violation of the Transport reform laws of the State that “no 2 persons shall ride, drive or propel a motorcycle or the tricycle on a major Highway within the State, and any person in contravention of this provision commits an offence and will be prosecuted.”

CSP Jejeloye added that the agency has since doubled  efforts since June 1st ban,  and that though compliance rate is very high and encouraging, but  that okada operators are not to be trusted.

“ Their style of operation is synonymous to a gorilla warfare- when we retreat, they advance, and when we advance, they retreat, but enforcement on the ban has come to stay. We will ensure not a single offender operating his okada on the Highways will be spared. We will keep watch and continue patrolling the affected parts of the State to ensure they do not get back on our Roads.”

Jejeloye stated that in the past he had made series of appeals verbally and through the mass media on the dangers of Okada operations in the State, but the perpetrators remained hell bent on carrying  on with their daredevil style of riding against traffic, speeding recklessly, damaging the vehicles of other road users, and endangering their lives, passengers, pedestrians and other road users.

All Nigerians Must Worship God According to Their Wish – Buhari