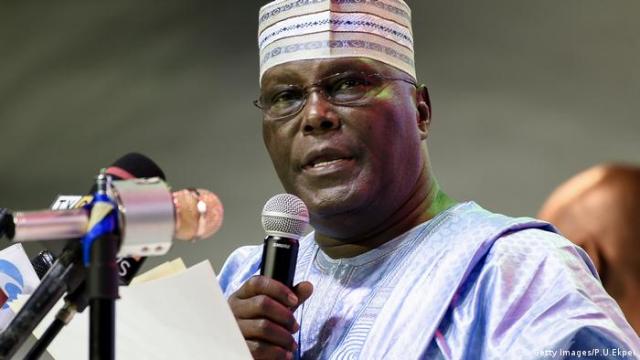 ONITSHA, Anambra, Nigeria – Presidential candidate of the People’s Democratic Party (PDP) Atiku Abubakar appears to have settled for a running mate from the South East geopolitical zone following the emergence of three top contenders from the area.

The duo of Rivers state governor Nyesom Wike and Gov Ifeanyi Okowa of Delta state appeared to have lost the bid for the South South to produce Atiku’s Running Mate.

A reliable source within the Atiku Campaign Organization confirmed that the trio of Chief Okey Muo Aroh from Anambra state, former governor  of Enugu state Sen. Chimaroke Nnamani  and former governor of  Imo state Emeka Ihedioha are among   top contenders .

Our reporter also  gathered that Atiku is insisting on a new face instead of the known names from the South East hence projecting Chief Okey Muo Aroh as possible running mate .

Our reporter investigation revealed that  former Speaker of the Federal House of Representatives from the North has been pushing for Emeka Ihedioha for PDP vice presidential ticket,but Atiku seems not to be interested in him .

Our reporter further gathered that  Ihedioha colleague at the National Assembly  are also pushing to make him the vice  president,but the move was not getting the needed attention .

Confirming this development, the National Coordinator of South East Renaissance Chief Ufere Nwankwo said in  Awka Anambra State capital  that both the party and the Campaign Organization have agreed to search for Atiku’s Running Mate from South East.

He said   series of meetings over the choice of Atiku’s Running Mate and the party and Campaign Organization have  ruled out the South South and settled for the South East.

Nwankwo said  that  the  party  Presidential candidate Atiku Abubakar wants a new face rather than  those old colleagues, hence reason, the  former governors of Enugu and Imo state Chimaroke Nnamani and Emeka Ihedioha may not get it.

According to him, going by  what is happening,  the likely person to clinch the vice president is Chief Okey Muo Aroh who though not new to the PDP, but  a pioneer member of the Party

He also stated that various  meeting  held had ruled out Ihedioha because of the strong presence of  APC in  Imo state .

According to him,there is fear that   governor Hope Uzodimma would  clipped   Ihedioha and he  may not  have the  capacity to win Imo and the South East for Atiku. He however said that there is still pressure on the part of the South South PDP to produce the running mate despite the fact that the zone has been ruled out.

Okonkwo also alleged that some people he described as elements in the party from the South East are at the neck of Atiku not to accept Chief Okey Muo Aroh but major stakeholders from the zone are throwing their weight behind Mou Aroh at the moment.

US relaxes COVID-19 protocols on in bound flights

ICC, UN calls for mobilisation of humanity against crimes