We will not attack northerners, non-indigenes in Biafaraland, IPOB assures 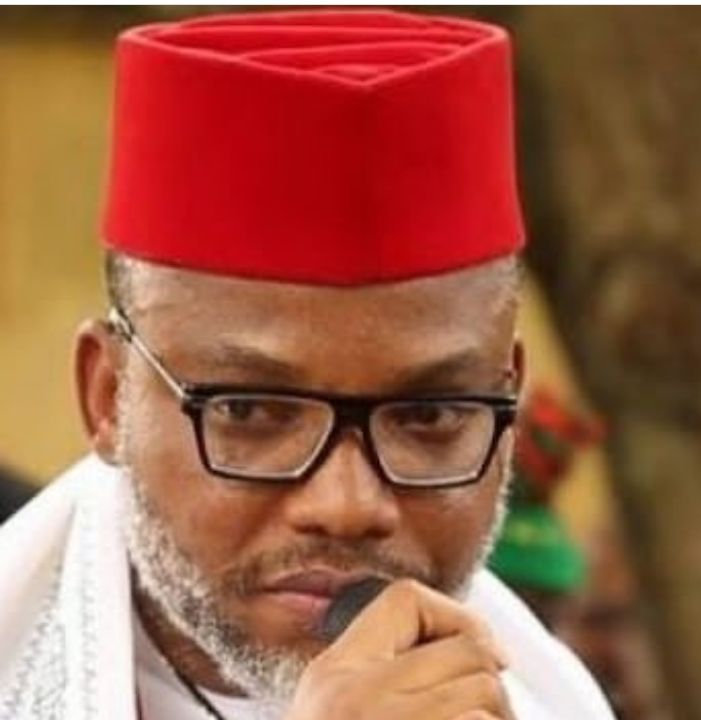 ONITSHA, Anambra, Nigeria – The Indigenous People of Biafra (IPOB) has assured the general public and   non Biafrans resident in Biafraland not to fear as nobody would attack them.

According to a statement issued  by spokesperson of IPOB Emma Powerful in Awka,  Anambra state capital , he urged the general public not entertain any fear as  IPOB has no plans whatsoever to attack northerners or any other non indigenes living in Biafran territory.

He said the internal memo from the Nigeria military intercepted by IPOB intelligence unit,  the M.Branch, that the group wants to attack non indigenous was wrong and misleading.

“As a matter of fact Biafrans are the only race that will defend or take the side of a visitor or sojourner in our land against his own brother/sister because our culture and the land of Biafra forbids injustice.

“The reference no. of the memo from the Nigeria military  headquarters, Gariki Abuja is AHQ DAOPS/G3/240/197/1 dated  5th of May 2022 and dispatched to 82 division Enugu.

“This malicious and fallacious memo intercepted by our M Branch, emanating from the Nigeria military are simply the figment of the imagination of the purveyors. We are aware of the avowed  plan of the Nigerian army together with other security agencies to instigate violence in Biafraland as well as other parts of Nigeria, and point their accursed fingers at IPOB a peaceful freedom movement.

“We saw them play this out during the Ghana- Nigerian match at the MKO Stadium in Abuja even though they had credible intel that Fulani terrorist were planning to attack the stadium. Their intention then was to create distrust between Biafrans and Yoruba nation. Now they want to try same game by this attempt to create distrust and confusion between Biafrans and Northerners living in Biafraland with the singular aim of jeopardizing and endangering the lives of Biafrans resident in Northern Nigeria.

“The Nigerian Army working in collaboration with the Nigerian DSS must know that their gimmicks and antics are dead on arrival because IPOB has continued to protect non indigenes resident in Biafraland against any form of intimidation or attack from Fulani terrorist Herdsmen” he said .

“IPOB leadership call on all residents in Biafraland both Biafrans and non Biafrans to ignore this deliberate falsehood from a terrorist infested and discredited Nigerian Army Headquarters and unequivocally assure them of their safety and enjoin them to go about their businesses anywhere in Biafraland without fear of molestation”, IPOB said.

According to him, the only people IPOB will   not  welcomed in Biafraland are Fulani  masquerading as herdsmen , destroying  farmlands with their cows, molesting and raping our mothers, sisters and wives farms as well as  bushes and forests.

“It is now Imperative for the Nigeria military whose highest echelons as well as new recruits are dominated by Fulani terrorists masquerading as Nigeria army to recall their kinsmen occupying any space in our bushes and forests to vacate those places forthwith. The Nigerian army must withdraw their terrorist foot soldiers sent into Biafraland as Fulani Herdsmen because there will be no hiding place in our land for them.

IPOB is a peaceful freedom movement that is a given. However, we have a duty as a people to protect our land and our people against Fulani terrorist Herdsmen. We are not begging fulani terrorists to vacate our farmlands and forest, but we will chase them out of our bushes and forests where they stay to kidnap, kill and rape our mothers, wives and sisters in the farms.

Nigeria military should be appreciative that we are helping them to stop fulani terrorist the fourth most deadly terror group in the world terror index here in Biafraland formerly the  Eastern Nigeria. But they will not because the Fulani terror Herdsmen are their foot soldiers and one and the same with the Nigerian army.   In the North Civilian JTF assist them against Boko Haram group and the army  cooperate with them.

Now ask yourself why can’t the Nigerian army also cooperate with us against the common enemy the Fulani terrorist hiding in our forests. Instead of appreciating us for helping to checkmate the activities of these mass murderers, the Nigeria army are after us. The Nigeria Army and its sister security agencies especially DSS should stop giving false intelligence report to cause confusion because of the hatred they have for Biafran people particularly the IPOB family group.

We must chase the murderous fulani terrorists masquerading as Herdsmen and killing innocent citizens who are going about theri farm work out of Biafraland.

We are aware that the Fulani and security men and women are the same people they should call their brothers to come out from the Biafra bushes and forests.

Northerners and other non Biafrans living in Biarraland so long as you are not committing any crime in our land should not entertain fears especially the Hausa people living with us here. Biafrans have absolutely nothing against Hausa people and the Hausa community in Biafraland because they are also victims of Fulani terror and manipulation.

What we are after are fulani terrorist masquerading as  herdsmen who are raping our mothers, sisters and wives in the bushes and forests. The land of Biafra forbid that this generation will fold their arms and allow our land to be overrun by Fulani terrorist Herdsmen from the foothills of Futa Jailon.

We are calling on the international community, Amnesty International, reputable human rights organisations across the globe, all diplomatic missions in Abuja, America government, British government, Russia government, Israeli government, Australia government, Canada government, German government, UNITED NATIONS (EU),  European Union, African Union (AU), ECOWAS, and other relevant bodies under UNITED Nations to understand that we are not  chasing non indigenes Iiving in our territory. We are only defending our innocent and hapless people abandoned to their fate by the terrorist  sympathizing NIGERIA SECURITY AGENCIES, who have left them at the mercy of the mass murdering Fulani herdsmen”.

Buildings as the cornerstone to decarbonisation