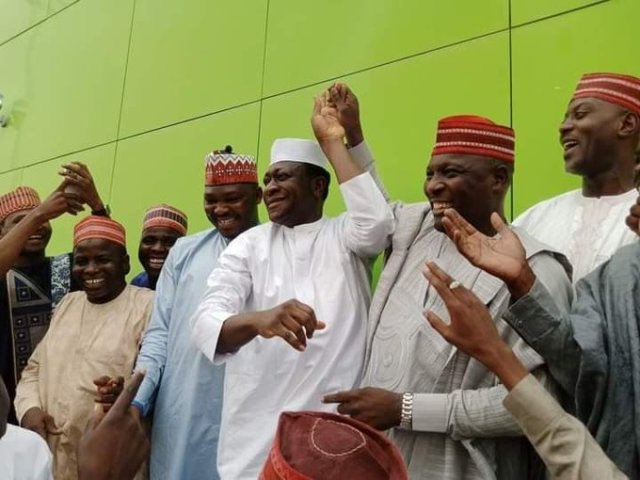 Jibrin Abdulmumin, was Chairman House Committee on Finance and Appropriation during the 8th National Assembly.

Abdulmumin dumped the APC last week, following his resignation  but many had dismissed his resignation, saying it has nothing to do with Asiwaju Bola Ahmed Tinubu, ABAT.

Ironically, the defection took place even as ABAT toured the north to persuade APC delegates ahead of the presidential primaries.

Jibin, whose hands were raised up at the party secretariat was seen carrying NNPP’s symbol, a basket of fruits or food basket, with party members cheering the move.

AMENDMENT OF NLNG BILL: WE SHALL DEFEND THE ECONOMY OF RIVERS STATE SAYS GOVERNOR WIKE