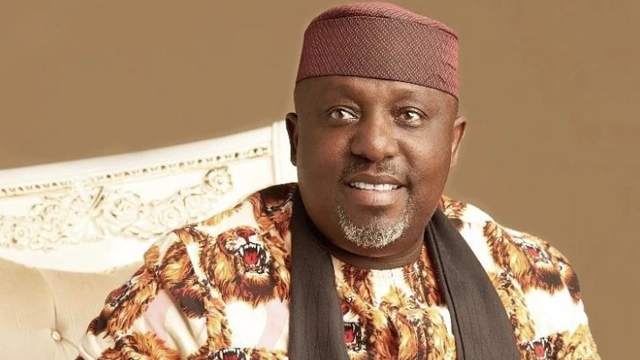 ABUJA, Nigeria – Former governor of Imo State, Owelle Rochas Okorocha who was forcibly removed from his house  in Abuja last week has been arraigned by the Economic and Financial Crimes Commission, EFCC on 17-count charge bordering on money laundering, conspiracy and stealing.

Okorocha who is a serving senator was arraigned along with six others by the EFCC before Justice Inyang Ekwo of a Federal High Court, Abuja .

The former governor entered a no guilty plea when the charges were read to him. The other defendants also pleaded not guilty to the charges.

According to the EFCC , the former governor sequentially siphoned funds from the Imo State Government House account and Imo State Joint Local Government Project account, and diverted same into accounts of private firms while he was governor.

According to the anti-graft agency, the defendants committed  the offence between October 2014 and February 2016.

Recall that the EFCC stormed his Abuja resident and gained entry through the ceiling for his refusal to honour earlier invitations sent to him and his refusal to come out of his building after officials of the commission besieged his building.

Okorocha’s lawyer had said that his boss was arrested to prevent him from attending the presidential screening of the All Progressive Congress, APC.   He was among over 20 candidates that spent N100 million in purchase of the APC presidential nomination form.

WHERE IS THE $1BN TAKEN FROM ESCA ACCOUNT, FAYOSE QUERIES AS BOKO HARAM DARES ARMY