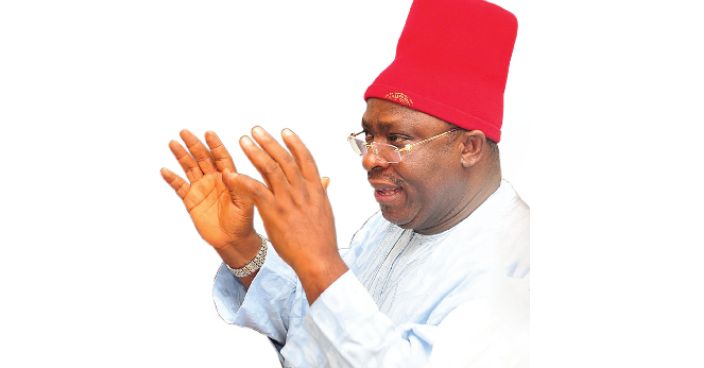 Chief Dozie Nwankwo 46, is a two term member of the Federal House of Representatives.

While  the former governor of Anambra state Chief Wike Obiano’s  aide  Uzuegbuna Okagbue scored 10 votes. Speaking shortly after he was declared winner Hon said  he dedicates this victory to God Almighty and to “my party APGA and I thank his Excellency Gov Charles Soludo for creating the environment for a peaceful primary election.

“I have been in the National Assembly , the lower chamber and my achievements speak for me and already my brother Sen Victor Umeh has already congratulated me and I urge him to join me to better Anambra Central Senatorial District”

“Dozie Nwankwo will be wrestling the Anambra Central Senatorial District with the incumbent senator Iyom Uche Ekwunife who he had battled with him  when he was contesting for House of Representatives for the first time under the platform of Action Congress of Nigeria ACN and lost .