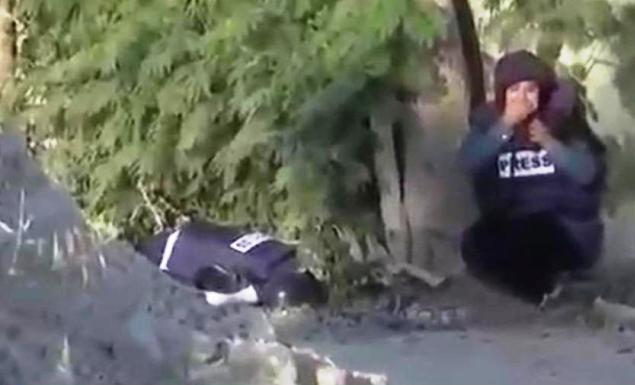 Says big powers not paying attention to Middle East, like they did in Ukraine

Shireen Abu Akleh,  a citizen of Palestine and the United States was  shot allegedly by an Israeli sniper from under a tree where she and other colleagues were taking shelter to film routine Israeli raid in the area.

Shireen Abu Akleh was wearing a complete journalists war armour, a vest and armour helmet, clearly marked PRESS when she was gunned down in the face.  Ali Al Samoud, who was filming with Shireen was also hit by bullet on the back and he is currently out of danger in the hospital.

He said there was no any attack by Palestinians on Israel, when the attack took place, contrary to a video uploaded by Israeli army that she was shot in shot out with Palestinian fighters.

From the footage watched on Al Jazeera, Shireen Abu Akleh was seen lying faced down with the amour helmet still on her head, with her press vest.  The vicinity was not rowdy, even as a colleague equally well dressed in complete Press Amour Vest, calling out for help.

He said there will be a state burial tomorrow in the compound of the Palestinian President.

“We reject the claims of Israel that they can do a credible investigation. “They are the criminals and criminals cannot do investigation. We want it done independently so that we can get at those who committed this crime”, he said.

He added that the demand now is for  the security council to condemn this assassination of the journalist.  He explained that forces responsible for the assassination must face the consequence of their actions.

“From where she was assassinated, the distance  is very far, so the story of the Israeli does not hold water. We don’t accept the decision to have investigation with the criminals in this case”, he said and called on friends of Palestine in the Security Council to react on the basis of statement issued by Arab Representatives.

In his reaction, Maged Abdelfattah, Arab League Ambassador to the United Nations described the attack as an attempt to suppress the freedom of the press, and freedom of opinion.

“She was in full gear, a vest and helmet.  It is an attack on freedom of the press and freedom of opinion”, he said, adding that he expects action to be taken globally. He said that representatives of  Arabs are consulting with President of the UN Security Council and  the Secretary General.

Your committee is illegal, court tells Malami on sales of recovered assets

Buhari reacts to destruction of lives, properties in South-East