Injured Abdullahi out of WAFU B Championship 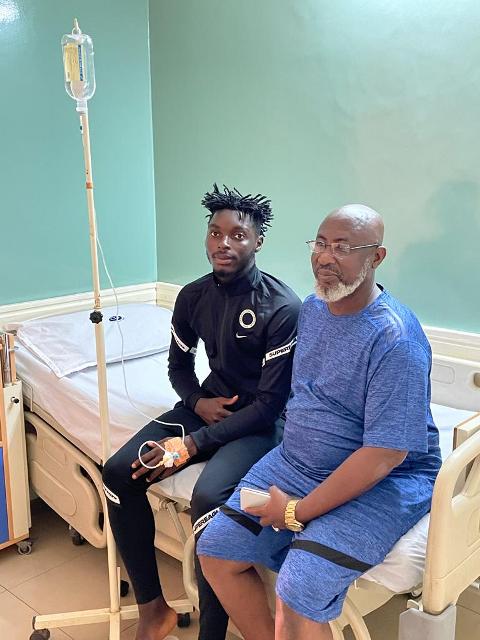 LAGOS, Nigeria – Flying Eagles’ forward Ahmed Abdullahi has recovered and is recuperating in hospital following a scary incident during the Nigeria, Burkina Faso game at the WAFU B Championship in Niamey, Niger Republic on Wednesday.

The former Golden Eaglet, who scored Nigeria’s second goal against Cup holders and African champions Ghana on Sunday after coming off the bench, was rushed to hospital after suffering a head injury during the 2-2 draw with the Junior Etalons at the Stade General Seyni Kountché.

“The player has recovered fully and is in good health, but he is out of the tournament. We went through several scary hours before and after he got to the hospital, but we thank God that he is fully recovered now,” Team Secretary Aliyu Lawal Ibrahim told thenff.com.

General Secretary of the NFF, Dr Mohammed Sanusi was with the Abdullahi at the hospital and asked the player to remain focused and pray for the team to succeed at the tournament.

The 2-2 draw sustained Nigeria’s leadership of Group B, and the seven –time African champions will play in the semi finals as group winners should Burkina Faso fail to defeat Ghana by up to three goals on Saturday.

Downgrade of Rivers FC by LMC: Club told to protest to CAF, FIFA

UEFA Champions League: See the pairing for the quarter final stage, officials too