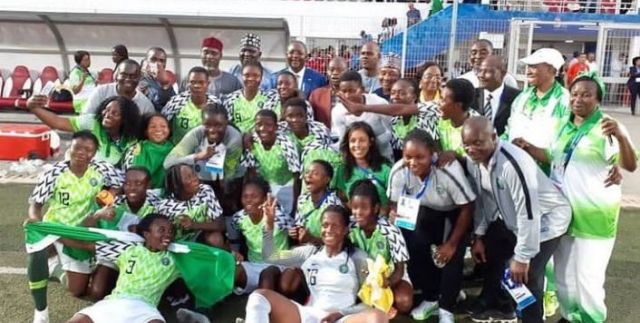 Nigeria’s U20 girls, Falconets will on Thursday know which opponents they would have to deal with in the group stage of this year’s FIFA U20 Women’s World Cup finals, as the draw ceremony takes place at the Teatro Nacional (National Theatre) in San José, the capital of Costa Rica.

All the 16 participating countries at the tournament scheduled for 10th – 28th August are now known, with Nigeria’s Falconets and Ghana’s Black Maidens to fly Africa’s flag.

Ghana, Africa’s other flagbearers, have reached the FIFA U20 Women’s World Cup on five previous occasions, crashing out at group stage each time.

This year’s finals will be played at the same two venues that hosted the FIFA U17 Women’s World Cup in 2014: Estadio Nacional in San José and the Morera Solo Stadium in Alajuera.

Thursday’s draw ceremony coincides with the 100 Days To Go special event of this year’s championship, which has as slogan Vamos Juntas (Let’s Do It Together).

Nigeria has been placed in Pot 2 for the purpose of the draw. Spain are the defending champions, after beating Mexico 2-1 in the 2018 final in Montevideo, Uruguay. New Zealand picked the bronze medals.