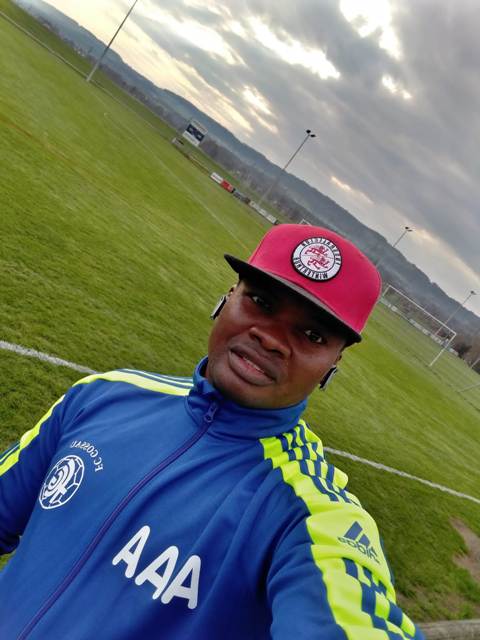 LAGOS, Nigeria – Switzerland-based Nigerian coach, and former national team player, Anthony Adeyemi Adedeji, has said that the Super Eagles of Nigeria have no business not being at the FIFA World Cup and should have won the African Cup of Nations if they had technical guidance.

The UEFA licensed coach said this during a recent interview with Brandfit.ng. He said, “When I speak about tactics and what I see some people think I just want to criticize but I am not an armchair critique because in my league here in Europe I have been winning my league for years so I know what I am saying. Nigeria did not qualify because our coach played direct football which is easily readable and predictable. He showed his hands by consistently focusing on Moses Simon.”

It would be remembered before and during the African Cup of Nations in Cameroun, who manages FC Gossua said severally that Nigeria needed a technically active coach if the Super Eagles are to win the continental football festival and qualify for the world.

In a live sports programme called Sports Ville aired on Channels TV, the multiple trophy-winning cups said Nigeria will not make it to the quarter-finals at the African Cup of Nations because the technical bench is not well-equipped to manage Europe trained players.

According to him, “I respect Coach Austin as a great coach but he has not been on the pitch for some time and it was too sudden to get him involved without an upgrade in his technical knowledge. I said at the programme that if we don’t get a tactically sound coach for the Super Eagles, we would not get to the quarter-finals of the Cup of Nations. My co-guest disagreed with me and I promised to get him anything he mentions if Nigeria gets to the quarter-final and to some it sounded like I wasn’t patriotic but I knew what I was saying.”

He continued, “You saw how a low performing Tunisia tactically defeated a better-skilled Super Eagles. The Ghanaians got an English Premier League coach, Hudson, a tactical gift and tested coach and they defeated us. They are going to the World Cup while we will watch from Nigeria. I am not happy we are not going to be at the World. We can have Nigerian coaches manage the senior and youth teams but they have to be the best and must acquire the requisite modern qualification and knowledge in coaching because football knowledge is moving fast and you can’t afford to use the knowledge you acquired two years ago today.”

The coach has managed several European clubs in the past 13 years winning trophies. He has coached the Under 14, Under 16, Under 17, Under 21, Under 23, and currently coaching the senior team of FC Gossua since 2020 till date. The former Flaming Flamingo Stationery Stores player won the 1998 Oba Cup with Flaming Flamingoes, and captained India National FC, New  Delhi, in the 1999/2000 season to emerge as League Champions for the first time after 48 years, the same year Tony joined the team.

“Nigerian coaches have performed far better than foreign coaches with the Super Eagles, coaches like Stephen Keshi, Shuabu Ahmodu. We don’t have the best indigenous coach in Nigeria aside from the technical sound coach Emmanuel Amuneke but he wasn’t given the chance to lead the team? Nigerian Super Eagles is a very big brand and we should never experiment with it. We should not get a coach just because of the colour of his skin but the value he can bring to the team.” He said.

2023: Group begs Tinubu, others to step down for VP Osinbajo

Flamingos to clash with Egypt U17 girls on Sunday