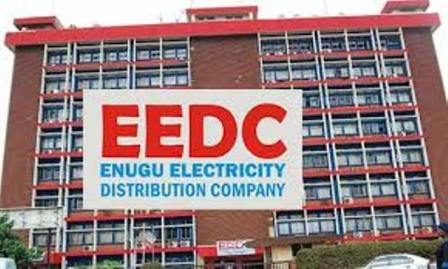 We  gathered that the incident took place in the early hours of yesterday.

Head of Communication of EEDC, Mr. Emeka Ezeh told our correspondent that the company lost about 32 utility and operational vehicles and other assets as well as equipment within the premises.

According to Ezeh, all efforts made to reach the Anambra State Fire Service at the time of the attack proved abortive.

“It took the intervention of the Honourable Commissioner for Utilities, Anambra State, Engr. Julius Chukwuemeka, at about 9.05am to bring the Fire Service team down to the scene of the incident,” he said.

He said the management of EEDC have expressed shock over the ugly incident which happened at a time the company has invested so much to improve on its operations to transform the socio-economic landscape of the South East.

“This is a big loss to EEDC, and a great setback to the efforts being made by the company to strengthen its network and improve the quality of service to its customers within Ogidi and Anambra State at large,” he said.

It was gathered that having gained access into the office complex by pulling down part of the wall, the criminals attacked one of the security personnel manning the office and inflicted several machete wounds on his head, leg and arm.

Allow Nnamdi Kanu to speak out on unrest in S/East, FG told