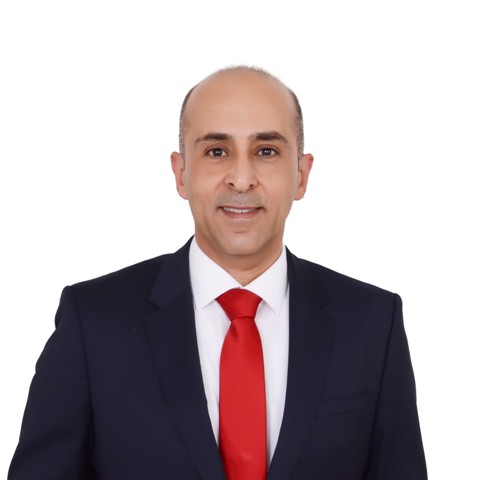 JOHANNESBURG, South Africa – This year’s World Cities Day, a commemorative day designated on 31 October by the United Nations General Assembly, once again focuses on the general theme of ‘Better City, Better Life’, but with the sub-theme of ‘Adapting Cities for Climate Resilience’ for 2021.

“The topic of sustainable urban development is one that is close to our hearts at Danfoss,” explains Ziad Al Bawaliz, Danfoss Regional President: Turkey, Middle East, Africa. “In particular urban efficiency is a priority for us, as we believe that this is the most effective way to turn the challenges of our cities into opportunities.”

The UN’s Department of Economic and Social Affairs estimates that the world’s population will reach about 9.8 billion by 2050, with almost 70 percent of people living in cities.

“Since 2010, more people have been living in urban settings than in rural areas – 56.2 percent of the population globally to be specific, according to figures released by the UN’s Population Division in 2020. And currently, this figure is growing by a staggering 200,000 per day.

“It’s within cities that our focus must lie in order to reach the objectives of the Paris Agreement, which sets out a framework to avoid dangerous climate change by limiting global warming to well below 2°C, pursuing efforts to reduce it to 1.5°C.”

A report published last year by Navigant Energy sets out a technology pathway to achieve the Paris Agreement’s less than 2°C target by 2050, based on the significant potential of:

·        The electrification of transport – cars, buses, trucks, and examples of vessels, ferries, and boats, plus required charging infrastructure; and

·        Sector integration – as an enabler of energy efficient buildings and electrification of transport. Sector coupling covers optimising the use of renewable energy, stabilising the grid, and cost-effectively using energy through the interconnection of urban energy systems’ elements like industry, buildings, and transport.

The good news, says Al Bawaliz, is that the technologies to help reap the benefits of urbanisation are already available.

In fact, the Navigant study shows that the implementation of existing technology solutions for the three focus areas can bridge half of the gap in greenhouse gas (GHG) emissions reductions to reach the 1.5°C target in urban areas. The remainder will come from other sectors, mainly industry, electricity for appliances, and construction.

The paper also states that the most cost-effective way to reach this objective is to invest in energy efficiency first. Energy efficiency in buildings is a precondition for an affordable, fully renewable, and secure integrated urban energy system, it says.

“More energy efficient heating and cooling in buildings also provides a major step in the right direction to curb air pollution, which is a serious issue within many urban areas, in particular places like Southeast Asia, China and India. At the same time, Middle Eastern countries, including Saudi Arabia, the United Arab Emirates (UAE) and Qatar, have taken major steps to reach carbon neutrality in accordance with the Paris Agreement.

“By actively working to decrease emissions, we can then improve liveability within cities, providing a better indoor climate as well as a healthier outside environment.

“There are significant climate, health and economic benefits to be gained by using technology to future-proof our urban areas, and Danfoss has already helped many cities to set this greener precedent.

“It is heartening to see more and more African countries also looking to build safer, resilient and more effective cities, with Luxor in Egypt being the official host of this year’s World Cities Day celebrations, and countries further south, like Nigeria, Ethiopia and South Africa all pledging their support to raising awareness of urbanisation on this day,” Al Bawaliz concludes.

Read more about how Danfoss is assisting the French city of Nantes to reduce 17,000 tons of carbon dioxide (CO2) per year; is playing a role in Saudi Arabia’s $1.4 trillion investment in key smart city and restoration projects, including a district cooling framework, solar cooling plants and district energy projects with a strong sustainability and efficiency focus on industry, buildings and transportation; how it has helped Benxi, China, to reduce annual coal use by 198,000 tons, significantly reducing smog within one of the oldest industrial cities in China’s ‘rust belt’; and how it is working with Slupsk in Poland to take the first steps towards building a smart, highly energy-efficient city.

Lagos and the prospect of a waste free future