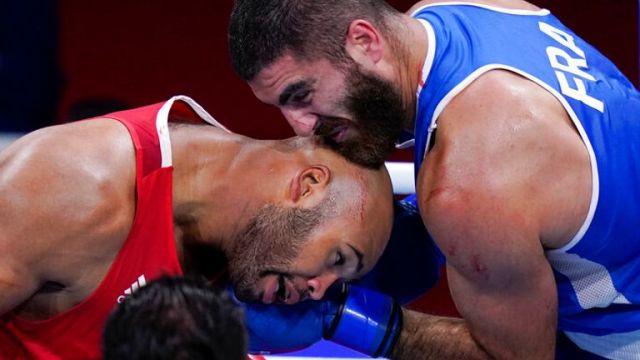 TOKYO, Japan – The Court of Arbitration for Sport (CAS) Ad Hoc Division has rejected the application filed by French boxer Mourad Aliev in his bout  with the British boxer Frazer Clarke at the Olympic Games Tokyo 2020 in the Men’s Super Heavy Quarter Final.

The Panel of arbitrators in charge of the matter has rejected the application filed at the CAS Ad Hoc Division on 2 August 2021 by the French boxer Mourad Aliev in relation to the decision taken by the referee to disqualify him from the Men’s Super Heavy Quarter Final with the British boxer Frazer Clarke at the Olympic Games Tokyo 2020.

Mourad Aliev had sought an annulment of the referee’s decision to disqualify him as well as an annulment of the decision taken by the Director of the IOC Boxing Task Force which confirmed the first decision, as well as a ruling that bout 221 of Session 17 of the Men’s boxing competition be authorised to recommence from the beginning of the second round, with a different referee and judges.

The CAS Panel did not rule out the possibility of a technical error by the referee of the bout but eventually decided to confirm the challenged decisions in view of the fact that the referee’s decision to disqualify Mourad Aliev took place on the field of play. In light of the constant CAS jurisprudence, field of play decisions are not overturned by CAS, except in very limited circumstances, and the Panel found in the present matter that, in the absence of any allegation of a fundamental violation such as bad faith, bias or arbitrariness it would not engage with the merits of those decisions.