Kheengz releases video for his single, Who Be This Guy 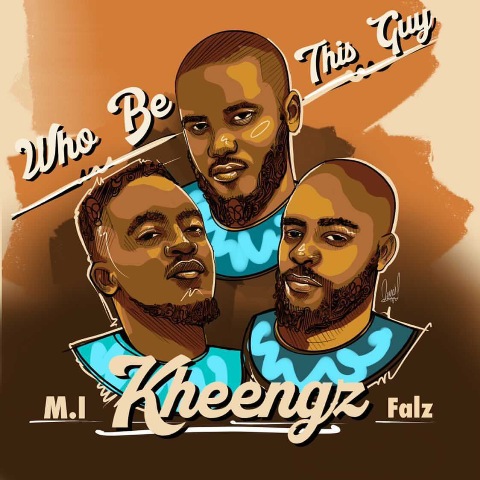 On Who Be This Guy, Kheengz shows off the entire gamut of qualities he is acclaimed for, from his technique to his vocal texture often described as ‘silky smooth’. The video sees him amplify what is known of his brand with his signature classy look, which flows with the song’s theme.

M.I and Falz show up dressed just as clean, delivering braggadocios verses about how they get all the attention wherever they go.

Kheengz, who doubles as an actor, continues to be both the Voice of Arewa and of the Nigerian youth as a whole, with tracks that strongly resonate with them.

With Who Be This Guy, he reiterates the message of style being essential to the packaging of talent, and redefining what it means to look classy in today’s world. Enlisting M.I and Falz, who are no strangers to this, could well be a masterstroke.

Shot in Lagos, Nigeria, Who Be This Guy is produced by  Nerd under the  YFK / SWITCH UP AFRICA Music label.   King Bawa, Folarin Falana and Jude Abaga composed the track.

Born July 8, 1992, King Bawa,  is the third out of six children. Better known as “Kheengz” and  “YFK”,  he is an indigenous hip-hop artiste born and bred in the Northern part of Nigeria. He is an indigene of Niger state, and holds a Bachelor’s degree in Civil Engineering from the prestigious Ahmadu Bello University (A.B.U), Zaria.

Undoubtedly, Kheengz can be said to be one of the major brands making big headlines in the northern rap scene with an overall credit for originality.

Kheengz got his first recognition in August, 2013, following the release of his debut mixtape “College Kid” which featured the likes of M.I. Abaga, Erigga and other dope artists. Shortly after the release of “College Kid” he dropped another mixtape titled “V.O.A.” an acronym which stands for “Voice of Arewa” which was a huge success on the streets of northern Nigeria and followed shortly after with “pedestal EP” which features A- list artistes like Iceprince Zamani.

He is also the originator of the popular #iamnorth which stemmed from his most popular song till date of the same title, addressing the stereotypes attached to northern Nigeria which has gone on to be a trending hashtag on several occasions on Nigerian Twitter.

His latest body of work is his debut album “VOICE OF AREWA” which is currently still gaining success up north. Tracks available for download at https://onerpm.lnk.to/WhoBeThisGuy . You can also watch the video HERE

Oil magnate, Femi Otedola rocks Cactus On The Roof with his lovely girls