Let every zone go their way, if government is not ready for one Nigeria -Ohanaeze Ndigbo 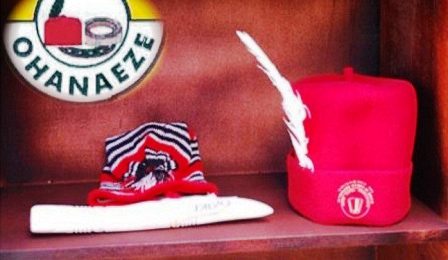 ONITSHA, Anambra –  Ohanaeze Ndigbo Youth Wing Worldwide has stated that Igbo are ready  to be in   one united Nigeria that is anchored on justice and equity. The group said that Igbo are  no longer  interested in a  country where appointment are skewed in favour of one ethic group

The  National Youth President, Arthur Obiora who spoke with our reporter  , in Onitsha , Anambra  state  on Sunday said that the current insecurity and agitations  across  the country are caused by  injustice and inequity  .

According to him, if the country cannot be operated on fairness and justice, let every region go their way to save lives and property. He said the violent  agitations and insecurity in the country  are what happens when those in government are not responsive to yearning of the masses .

The Ohaneze youth leader said that people are not happy with the government hence  the happening in the country and it can only be  remedied  when leadership  are accountable to the people .

According to him,the only solution to Nigeria problem now is total restructuring and anything short of restructuring will lead to the collapse of Nigeria, stressing that  if it  is restructured   80 percent of Nigeria  problems would be solved  .

“You know that a hungry man is an angry man , when the government cannot pay minimum wage and some of them are proposing to sell fuel at N400,it shows they are insensitive to the plight of the masses The elites are enjoying , the masses are suffering. The masses  hardly can afford three square meals a day. There is no employment for the youths ,they are not engage . This is what is expected .Without  justice there cannot be peace and without peace , there will not be development .

“We are not praying for violent but bad governance forced people into agitations and violent activities  .

We are talking about restructuring Nigeria , the bigger the better. About two or three states in America are bigger than whole of Nigeria. The solution to Nigeria problem  is restructuring and when it is restructured , the country problem will solved by 80 percent and then  we beginning to get it right .

“I also think secession is the best thing for us now ,if  Nigeria cannot come together and work as a team  and be united. Let every body go their ways if we cannot work as a united team” he said

Reacting to the statement of southern governors , Obiora who is the Deputy President of Coalition of All Ethnic Nigeria Youth Presidents of Nigeria (CAEGYPN) said that the position of the governors were as a results of the pressure from the people to their governors to do the needful  . According to him, they did not act based on their will , but forced

“Our people are moving their agitations to their state  governors ,senators and house representative members and political class . We have started engaging them on what is the true position in the zones and Nigeria and they have no choice than follow their people ” he said

On the death of the Chief of Army Staff, Attahiru, the youth leader said the loss was a  tragedy since the Army Chief died in active service.   According to him, it is painful and a monumental  lost to the nation