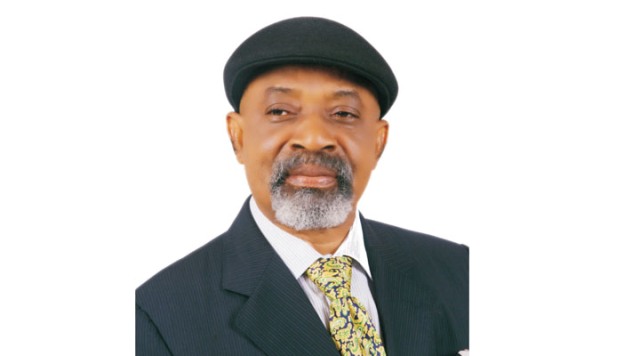 JUSUN to call off strike after receipt of allocation

ABUJA, Nigeria – Governors  and the Judiciary Staff Union of Nigeria (JUSUN) and Parliamentary Staff Association of Nigeria (PASAN) have finally entered into agreement on the modalities and timelines for the commencement of full financial autonomy for various arms of government at the state level.

The deal was brokered by the committee on the implementation of financial autonomy for the state legislature and judiciary arms of government led by the Minister of Labour and Employment, Dr. Chris Ngige. Speaking to journalists at the end of the meeting with the unions in Abuja which ended late last night, Ngige said that an agreement had been signed on the implementation of full financial autonomy for the state judiciary and legislative arms of government.

He described the event as historic coming after several attempts and failures to implement the constitutional provision by successive governments.

“At the end of the tortuous journey we had undertaken this evening , we have signed an agreement, not a Memorandum of Action as such but a framework for each of the state governments to grant autonomy to their state legislature and judiciary.

“ As I said earlier the governors have studied this document and they are in agreement with it. So by Monday or Tuesday, we are going trigger off the section B and D which says governments of the respective states shall credit the accounts of the legislative and Judicial arms or government with a pro-rata amounts due to each arms of government under the 2021 appropriation law,” he said.

Among the signatories to the document are: Ekiti State Governor and Chairman of Nigerian Governors Forum (NGF), Dr. Kayode Fayemi, the Sokoto state governor, Aminu Waziri Tambuwal (for the governors); and the representatives of the unions, including Ngige who signed as a witness to the agreement.

According to the document, all states are required to pass and assent to the Funds Management Law and the state House of Assembly Service Commission Law as well as put in place implementation structures within a time-frame not exceeding 45 days from the date of signing this document.

The agreement stated that various Fund Management Laws should mandate the State Accountants General to release appropriated funds DIRECTLY to each arm as statutory transfers beginning with the NEXT  federal Allocation.

The two unions had insisted that they  will only call off their industrial action once the states transfers funds from the next federal allocation directly to the accounts of the judiciary and legislative arms.

Under the agreement, there will also be a State Account Allocation Committee (SAAC) to be given legislative backing in the various Fund Management Laws and charged with the responsibility to oversee the distribution of available resources to each arm of government. Membership of SAAC will reflect the template of the FAAC as obtainable at the federal level.

In addition, every State Commissioner of Finance and State Accountant General shall on a monthly basis furnish the Committee with the revenue performance of the State within a stipulated timeline not exceeding seven days after each FAAC meeting.

“Based on the revenue receipt, evaluations and the needs of each arm, the committee shall work out an appropriate budget release based on the Appropriation for each Arm of Government for that year”

The Memorandum of Action also stated that every state shall enact Funds Management Laws for their state judiciary and state legislature, which will grant each arm the power to manage its capital and recurrent expenditure in accordance with the provisions of Sections 6(5)(a) – (i), 81(3), 121(3) & Item 21(e) of the Third Schedule of the Constitution of the country and other relevant laws.

It said that capital expenditure shall include purchase of vehicles, and office equipment,  construction of Legislative Buildings, renovations, repairs, maintenance and other incidentals.

I Have Not Resigned Says Tunde Fowler