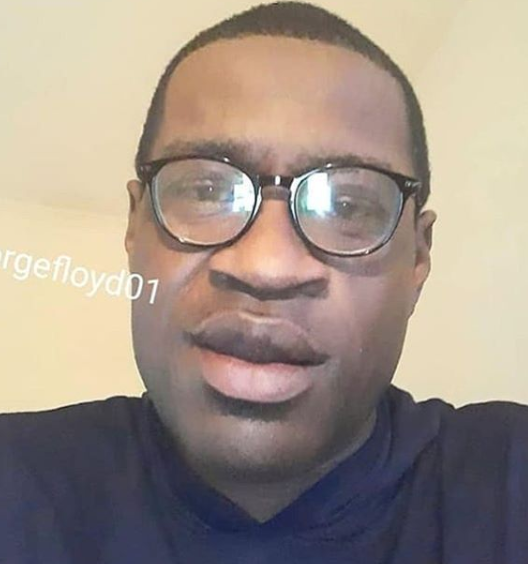 MINNEAPOLIS, United States – The mere fact that a dead man as in the case of George Floyd and billions of others, can never be brought back to life remains the major reason that those charged with the responsibility of policing must be rational beings, people who are sane and committed to the rule of law for the general good of the society.

It is for this purpose that in 1957, the International Association of Chiefs of Police(IACP) adopted a standard code of ethics which provides as follows:

“As a law enforcement officer, my fundamental duty is to serve the community; to safeguard lives and property; to protect the innocent against deception, the weak against oppression or intimidation and the peaceful against violence or disorder; and to respect the constitutional rights of all to liberty, equality, and justice.

“I will keep my private life unsullied as an example to all and will behave in a manner that does not bring discredit to me or to my agency. I will maintain courageous calm in the face of danger, scorn or ridicule; develop self-restraint; and be constantly mindful of the welfare of others. Honest in thought and deed both in my personal and official life, I will be exemplary in obeying the law and the regulations of my department. Whatever I see or hear of a confidential nature or that is confided to me in my official capacity will be kept ever secret unless revelation is necessary in the performance of my duty.

“I will never act officiously or permit personal feelings, prejudices, political beliefs, aspirations, animosities or friendships to influence my decisions. With no compromise for crime and with relentless prosecution of criminals, I will enforce the law courteously and appropriately without fear or favor, malice or ill will, never employing unnecessary force or violence and never accepting gratuities.

“I recognize the badge of my office as a symbol of public faith, and I accept it as a public trust to be held so long as I am true to the ethics of police service. I will never engage in acts of corruption or bribery, nor will I condone such acts by other police officers. I will cooperate with all legally authorized agencies and their representatives in the pursuit of justice.

“I know that I alone am responsible for my own standard of professional performance and will take every reasonable opportunity to enhance and improve my level of knowledge and competence. I will constantly strive to achieve these objectives and ideals, dedicating myself before God to my chosen profession… law enforcement” – IACP.

The incident of Wednesday, May 27, 2020 in Minnesota relating to George Floyd is nothing but a gross violation of this code of ethics and the fundamental human rights of George Floyd, who was born in North Carolina and raised up in Texas.

George Floyd, a civil rights activist  was held down by three officers behind the Minnesota Police Van, while one other officer watched the incident without stopping his colleagues, even as George Floyd pleaded repeatedly for help as he took his last breath under the knees of Officer Derek Chauvin, who has been arrested.

The video recording of this pathetic incident and pictures which appeared online led to an unparalleled public outrage and torching of the Minneapolis Police Department and looting of immense proportion. The outrage was understood based on incidents of murdered black Americans that seems to have been swept under the carpet, more especially with reports that several complaints filed against the suspected murderer in the past were treated with levity.

Reacting to the development, President Donald Trump who has never hidden his disdain for blacks attacked Mayor Jacob Frey for his inability to bring the situation under control without a passionate appeal to the angry black community.

“I can’t stand back & watch this happen to a great American City, Minneapolis. A total lack of leadership. Either the very weak Radical Left Mayor, Jacob Frey, get his act together and bring the City under control, or I will send in the National Guard & get the job done right..”

President Trump has since sent his condolence to the family, but condolence messages neither bring back the dead, nor do they put food on the table.

In her reaction to the incident, First Lady of America, Melania Trump called on Americans to focus on healing instead of violence.

“Our country allows for peaceful protests, but there is no reason for violence. I’ve seen our citizens unify & take care of one another through COVID19 & we can’t stop now. My deepest condolences to the family of George Floyd. As a nation, let’s focus on peace, prayers & healing”, she said. Neither she nor the President in the various tweets called for  thorough investigation of the incident and punishment for culprits to serve as a deterrent.

Counsel to the family Benjamin Crump summarised the incident when he tweeted that  “The officers served as judge, jury and executioners of #GeorgeFloyd when they killed him in the street; and they should face life sentences for First-Degree Murder in a court of law”, he said.

In a statement through their lawyer,  the grieving family thanked the protesters for standing with them to seek justice for George Floyd, their father, brother and husband.

“They know we are all hurting,they know that any decent human being who watches the video of the police killing their gentle giant by having his knees on his neck, while he was handcuffed face down will also feel a shortness of breath like George.

“ They told me they want peace in Minneapolis, but they know that black people want peace in their souls and that until we get #JusticeForFloyd, there will be no peace. We also cannot sink to the level of our oppressors, and we cannot endanger each other as we respond to the necessary urge to raise our voices in unison and outrage. Looting and violence detract from the strength of our collective voice”, the family noted.

Besides, they argued that “to assuage this death and begin the community healing, city and police leaders need to look at the culture they have created, and ask the hard question”.

Counsel to the family, Benjamin Crump has described the arrest of Officer Derek Chauvin as a welcome but overdue step to justice for George Floyd.

“We expect a first degree murder charge and we also want to see the other officers arrested. We call on the authority to reverse the charges to reflect the true culpability of this officer” he said unequivocally, noting that the pain that the black community feels over this murder and what it reflects about the treatment of black people in America is raw and is spilling out onto the streets across America.

“While this is a right and necessary step, we call on the City of Minneapolis and cities across the country to fix the policies and training differences that permitted this unlawful killing and so many others to occur

“For our four officers to inflict this kind of unnecessary lethal force or watch it happen, despite outcry from witnesses who were recording the violence demonstrates a breakdown in the training and policy by the City. We fully expect to see the other officers who did nothing to protect the life of George Floyd to be arrested and charged soon.

“It is essential that the City closely examines and changes its policing policy and training procedures to correct for the lack of proper field supervision, the use of appropriate non-lethal  restraint technique; the ability to recognised medical signs associated with restriction of airflow, and the legal duty to seek emergency medical care and stop a civil rights violation”,he said.

Many other Americans have joined the call for justice for George Floyd. Among them is an ongoing petition by a teenager,  urging MayorFrey & DA Mike Freeman to arrest and charge all four officers involved in the murder of George Floyd. #JusticeForGeorgeFloyd!! Petition: https://bit.ly/2yOX8BE

Meanwhile, Kellie Chauvin, wife of Derek is devastated by the death  of George Floyd. She has sympathised with the family and filed for divorce, her family said in a statement.

“Her utmost sympathy lies with his family, his loved ones and everyone who is grieving the tragedy. She has filed for dissolution of her marriage to Derek Chauvin”, the statement added and has asked to be given privacy during this period.

Meanwhile, there has been no formal statement from the Minneapolis Police Department, but in a statement, President, International Association of Chiefs of Police (IACP), Steven Casstevens expressed condolences with the family of George Floyd, noting that law enforcement officers are trained to treat all individuals, whether they are a complainant, suspect, or defendant, with dignity and respect.

“This is the bedrock principle behind the concepts of procedural justice and police legitimacy. That is why incidents involving the use-of-force are never the desired outcome in any given situation; moreover, it is the responsibility of police leaders to hold officers accountable for incidents when use-of-force is not aligned with agency policy or appropriate to the given circumstance”, he said adding that he is gravely concerned about the ongoing events in Minnesota and around the United States.

“Communities are angry, frustrated, and heartbroken. The men and women of the policing profession share these emotions. The video of Mr. Floyd’s death is shocking, deeply disturbing, and painful for us all to watch.

“Any death is a tragedy, and situations like this can provoke strong reactions; however, violence and destruction is never the answer. The IACP joins those, including Mr. Floyd’s family, who have called for peaceful protests”, he said.

Casstevens explained  further that while incidents involving the use-of-force can be disturbing and may raise concern over police operations,he called for the need to allow investigating agencies to work to understand what occurred and why, so that the appropriate administrative / judicial processes can occur.

“While videos of incidents may seem convincingly clear, all circumstances must be weighed. No single incident should define an agency or the profession. As police leaders, we must be willing to question and denounce actions that are wrong so as to continue to build trust within our communities.

“Only by working together in partnership can we build understanding, prevent future incidents, and build safer communities for all.

“As President of the IACP, I can unequivocally state that any officer who violates their oath of office has no place in our agencies. They betray their fellow officers and tarnish the reputation of a profession that is dedicated to protecting the public and preserving the sanctity of life”.

Bayelsa: What manner of assembly?