GTBank picks the tab for the 2020 Lagos International Polo tournament 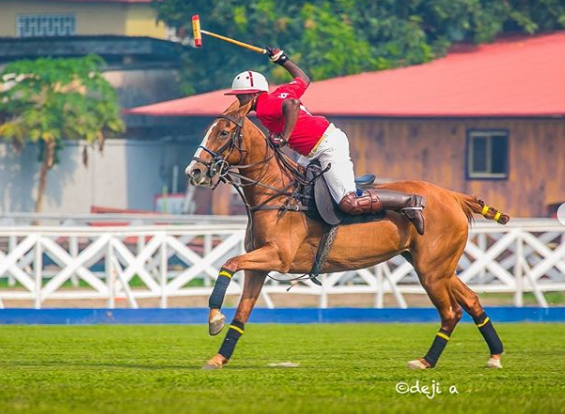 We love the game of polo, not only because it is one of the most anticipated events in the social calendar of the country, but also because its values such as discipline, rigour and fair play strongly resonates with our brand – Segun Agbaje

LAGOS, Nigeria – From February 4th to 16th, 2020, Lagos will play host to some of the most prestigious teams for Africa’s premier polo competition – the 2020 Lagos International Polo Tournament.

This year, the Lagos International Polo Tournament, themed “Lagos Develops Polo”, aims to encourage the participation of young and indigenous talented players while featuring top class action from some of the most experienced and acclaimed polo players in and out of the country, including South Africa’s Chris Mackenzie +7, Argentina’s Andres Crespo +5, Raul Laplacette +7 and Santiago de Estrada +6, as well as Nigeria’s Neku Atawodi-Edun +5, the first black female polo player and the highest-handicapped female player at the tournament.

Over the years, GTBank has been at the forefront of supporting Polo; widely revered as the Sport of Kings, and promoting the Lagos International Polo Tournament, which has hosted reputable personalities such as His Royal Highness the Prince of Wales. Played on the grounds of the Lagos Polo Club, Ikoyi, the premier polo club in the country, the tournament has featured polo greats like Alphonso Pieres, Gonzalo Pieres and Alan Kent.

Commenting on GTBank’s sponsorship of the 2020 Lagos International Polo Tournament, Segun Agbaje, Managing Director of Guaranty Trust Bank plc, said; “We love the game of polo, not only because it is one of the most anticipated events in the social calendar of the country, but also because its values such as discipline, rigour and fair play strongly resonates with our brand.

He further stated that; “Our sponsorship of the 2020 NPA Lagos International Polo Tournament also reflects our strong belief in the role of sports as a major vehicle of social development and our commitment to championing activities and events that bring people together.”

Guaranty Trust Bank is a leading advocate of Sports Education as a major way of promoting the values of excellence and fair play whilst laying a solid foundation for the emergence of sporting talent.

The Bank maintains a defined Corporate Social Responsibility (CSR) strategy focused on championing causes and fostering initiatives that transform lives and uplift communities. Alongside the GTBank Lagos International Polo Tournament, the Bank organizes and sponsors several other sports competitions, one of which is the GTBank Masters Cup; a football competition amongst secondary schools in Lagos State.

Revelations, as Regina Daniels moves to launch own magazine