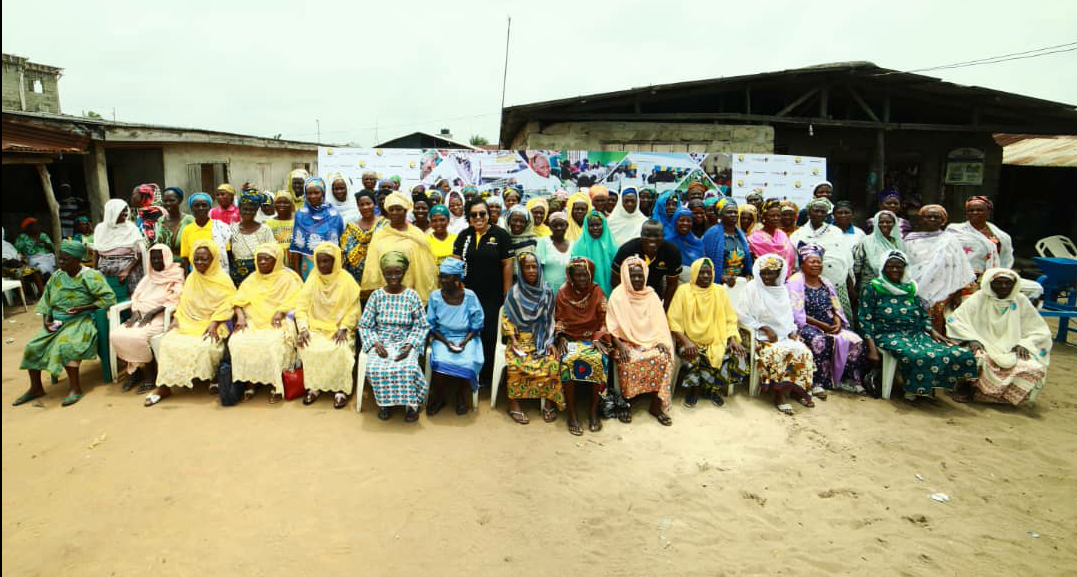 The under-privileged widows, numbering over 100 were lifted with business grants, food-items, clothings, scholarships for their children and free medical treatments.

According to the organization, the one-day outreach supported by First Bank of Nigeria, is in commemoration of the 2019 United Nations’ International Widows’ Day.

Speaking at the event, the founder of the foundation, Mrs. Chinwe Bode-Akingbade, said that the gesture was imperative to assist the pitiable conditions of widows and less-privileged in the society as well as boosting their confidence.

“The foundation was established to alleviate sufferings and pains of the less-privileged, especially widows and their children in the society. And I decided to do this because I’m led by God and also, I’ve watched closely, listened to some of the victims of widowhood and I realised that less attention is paid to under-privileged widows.

“I have friends who are victims and I can tell you, the dehumanization and injustice meted to widows in the country is  unimaginable, hence, I decided to contribute  my little quota as a selfless act to alleviate their pains.

“As I speak, we currently have over 600 authentic widows on our profile, and the children of about 90 per cent of them have dropped out of school because of lack of funds.  So, even if it’s the basic education we are able to give to them, they can build on it.

“We don’t want children who should be in schools on the streets  because their mothers cannot afford school fees. Who knows if the future president is among them? Every child should have access to education and a good life and that is what CBA Foundation intends to achieve.

“To change our society and make the world a better place, we must love, give and share no matter how small.”

She further called on the government to implement and enforce the Violence Against Persons (Prohibition) Act (VAPP) which has the protection of widows in the country, stressing that the government needs to create more awareness about the act for widows to know their rights and also for people to thred with caution.

The traditional ruler (Baale) of the Okun-Iladocommunity, Chief Ologbon Oladeyinde, speaking with joy, noted that the gesture would go a long way in salvaging the wretched situation of widows in the community as poverty, hunger and malnutrition are a great threat to their livelihood.

One of beneficiaries, Mrs Yaya Taiwo while expressing her gratitude to the foundation said she was overwhelmed by the gesture of the foundation as it has given her life a meaning.