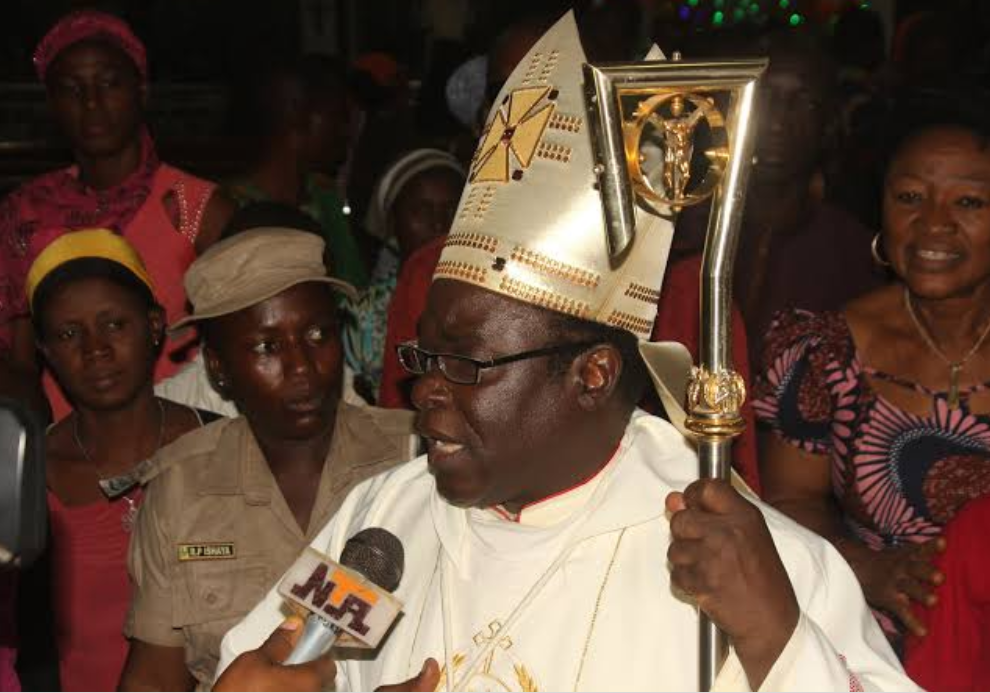 ABUJA, Nigeria – The Catholic Secretariat of Nigeria (CSN), described as mischievous demands by the Buhari Media Organisation that the Catholic Archbishop of Sokoto Diocese, Rev. Fr. Mathew Hassan Kukah, should be withdrawn as convener of the National Peace Committee (NPC).  The organisation said Kukah was needed to bridge the animosity between ex-President Olusegun Obasanjo and his former Vice, Atiku Abubakar and reconcile them in national interest, adding however that the effort was hijacked and politicised.

The CSN in a statement by its Director of Church and Society, Rev. Fr. Evaristus Bassey, questioned how Kukah could commit an offence by doing his job. According to him, the efforts of Kukah to reconcile Obasanjo and Atiku was eventually hijacked and politicised.

He said, “In 2015 when President Muhammadu Buhari was contesting for the Presidency, he visited the Catholic Bishops Conference of Nigeria (CBCN) and he was given audience. Why has it suddenly become a crime for a National Peace Committee convener to do his job of facilitating peace between two national figures?

“If it is the fear of losing elections that is the main concern here, the BMO should be rest assured that the election outcome would depend mostly on how voters assess this government and not whether Bishop Kukah reconciled Obasanjo with Atiku Abubakar; that is, if the elections would be free and fair.”

“The animosity between President Obasanjo and Atiku Abubakar his erstwhile deputy has long remained a national embarrassment and Bishop Kukah and the National Peace Committee have been making efforts behind the scenes for their reconciliation. These attempts have been on long before Atiku Abubakar became the Presidential flag bearer of the opposition Peoples Democratic Party. If the members of the BMO read Bishop Kukah’s explanatory notes at all, they would not come up with the misleading call for Bishop Kukah’s withdrawal from the National Peace Committee, whereas the reconciliation between the two leaders has been part of the agenda.

“That the move was eventually hijacked and politicized is not Bishop Kukah’s fault at all. If the Presidency could deny that they had nothing to do with the proposed recall of Senator (Shehu) Sani even when (Mallam Ahmed Nasir) El-Rufai offered this information unsolicited and we are expected to believe this, why would a simple, straightforward explanation that Bishop Kukah has labored to make not suffice?”

Bassey also recalled that recently when Buhari met with Muslim clerics in Aso Rock specifically to solicit their support for 2019, many of the clerics pledged to support him.

The Catholic Secretariat said, “How does the President meet with Muslim clerics to endorse him on one hand and goes to an interfaith conference and berates clerics for being partisan just because some notable clerics were involved in a reconciliation move that had opposition elements as the object ?

“What we want to let the BMO know is that a Catholic Bishop is ordinarily so well trained and experienced and so full of the sense of the common good, that the only partisanship he may have is what promotes the good of the poor.”

IKPEAZU TO SOUTHERN LEADERS: WE MUST RESPECT EACH OTHER