NFF BOARD OKAYS N200 MILLION FOR DISTRIBUTION TO NATIONAL LEAGUES 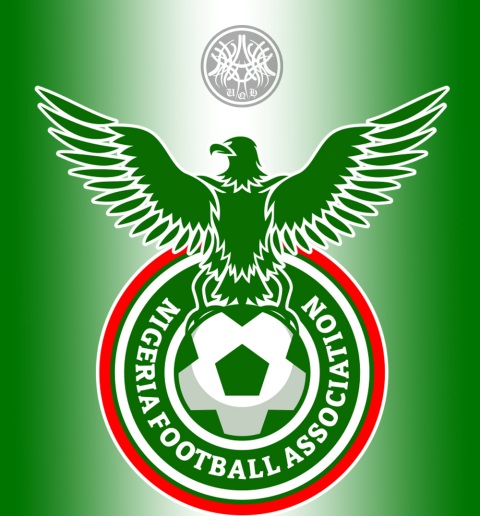 MAITAMA, Abuja, Nigeria – Exevutive Board of the Nigerian Football Federation, NFF today okayed the sum of N200 million for distribution to national leagues, made up of the Nigeria National League (NNL), Nigeria Nation-Wide League One (NLO) and the Nigeria Women Football League (NWFL) as support fund. The NFF made know the decision to distribute the money to the tree leagues in a communique issued at the end of its executive committee meeting in Maitama, Abuja.

According to the board, the money is to be shared based on an agreed ratio) annually until individual league attain financial stability. “This commitment is to be reviewed each year to determine which League needs more support”, the NFF said but made it clear that this should not stop the three Leagues from making great efforts to procure sponsors and become self -financing.

The Board expressed satisfaction with the ongoing preparations of the Senior Men National Team, Super Eagles, for the Russia 2018 FIFA World Cup finals, including the results from the first three pre-World Cup friendlies (against Argentina, Poland and Serbia). Members commended the focus and commitment of the Players and the Technical Crew and the hard work of the backroom staff, and charged them to put in even more effort in the last three friendly matches (against Democratic Republic of Congo, England and Czech Republic) and at the FIFA World Cup finals proper.

The Executive Committee directed the Secretariat to work at a fast pace and diligently too, and to finalize within the next few days all travel and other logistics, as well as accommodation arrangements in Russia, for the Nigerian Contingent to the 2018 FIFA World Cup finals.

The  Committee heaped encomiums on premium partner AITEO, for paying part of its rights fee as Official Optimum Partner of the NFF for the year 2018, which has enabled the Federation to pay all the coaches in its employ, with coaches of the Senior Men National Team,Super Eagles, now fully paid till the end of the 2018 FIFA World Cup. It lauded the leading energy solution company, which also bankrolls the Federation’s annual football competition and its new annual Football Awards, for its sincerity of purpose and worthy investment in Nigerian Football.

The Committee praised highly, the moral and financial support of the Government and good people of Akwa Ibom State towards the qualification of theSuper Eagles for the Russia 2018 FIFA World Cup finals, with the kind of fervour and vivacity hard to find anywhere. Members noted that posterity will have only positive words for the dedication and effort of Governor Udom Emmanuel, members of his cabinet and the people of the State to the team’s qualification. Players and officials of the Super Eagles will pay a courtesy visit on Governor Udom Emmanuel in Uyo after they commence camping in Nigeria for the match against Democratic Republic of Congo.

The Board mandated the relevant committees to meet and conclude all arrangements for the camping of the Super Eagles in Nigeria ahead of the 2018 FIFA World Cup Send Forth match against the Simba of the Democratic Republic of Congo, scheduled for Monday, 28th May 2018.

The board, in furtherance to its drive to ensure sustainable youth development policy in line with best practices, directed the Chairman, Technical and Development Committee to immediately meet with all coaches of age-grade National Teams to issue strong warning to them to key into this vision.

He was also advised to liaise with the Chairman, Youth Development Committee and the Chairman, Strategic Studies Committee to fashion a sustainable implementation policy. Members expressed the view that as the qualifying campaigns for the 2019 Africa U20 and U17 Cup of Nations championships are about to begin, all hands must be on deck to ensure the building of strong squads that will bring honour to Nigeria on and off the field of play, and meet the objective of seamless progression to higher grades in the interest of Nigerian Football.

The Executive Committee commended the hard work and astute drive of its Marketing, Sponsorship and TV Rights Committee over the past 15 months, which has raked into the Federation’s coffers substantial amounts of money from sponsorship fees. Members particularly lauded the long-term nature of most of the contracts, which confirms that the present Board always thinks beyond its tenure, and which will serve as worthy legacy of the Board. Members also expressed gratitude to all the Federation’s partners and sponsors and charged the committee not to rest in its efforts to bring on board more sponsors.

Executive Committee approved an offer from the Qatar Football Association for the Nigeria U13 and U15 National Teams to be in Doha for a one-week tour, during which the teams will play against their Qatari counterpart teams. Committee thanked the Qatar FA for the offer.