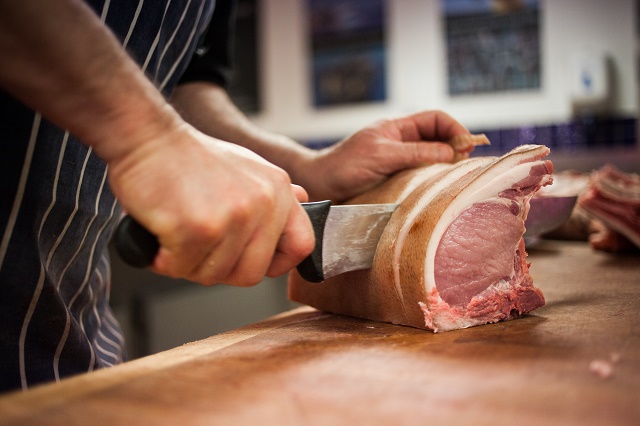 IKEJA, Lagos, Nigeria – As part of effort aimed at ensuring and maintaining a hygienic and conducive environment within abattoirs and wholesomeness in the red meat value chain business in Lagos, the State government has trained no fewer than 400 butchers and live cattle dealers drawn from various abattoirs and slaughter slabs in the State on current trends in abattoir management.

The 3-day training programme which is centered on the standard operating procedures in abattoir was organized by the State Ministry of Agriculture as part of the ongoing reformation in the Red meat Value Chain in Lagos State.

Speaking at the closing and presentation of certificate to the participants, the Commissioner for Agriculture, Mr. Oluwatoyin Suarau noted that there is need for attitudinal change by stakeholders and concessionaires in the red-meat-value chain business especially in the areas of operational procedures and abattoir management stressing that these are major determinant in the wholesomeness of the meat and meat product produce from various abattoirs.

He added that the State government in addressing these challenges sponsored some butchers, live cattle dealers and other stakeholders in the red meat value chain business on a study tour of Kenya and Botswana Red Meat Industry.

“The aim of the tour then was to expose the butchers to the international standard of operation in the industry towards improving the hygiene status in all the approved abattoirs and slaughter slabs in the State and to ensure wholesomeness in the meat that is locally consume”, Suarau said.

The Commissioner disclosed that the Kenya-Botswana declaration of 2014 resulted in an agreement between the State Government and the stakeholders that every stage of the meat value chain should be upgraded to encourage export of meat and meat products.

He added that government has since embarked on a quick fix at the Oko-oba Abattoir to put a stop to the former system of slaughtering of animals and processing of carcasses on bare floor adding also that upgrading of all the approved abattoirs and slaughter slabs to a semi mechanized abattoirs has since commenced.

“As at today most of the slaughter slabs in the state have been upgraded to a semi mechanized abattoir; some of these are Matori, Achakpo and Ikorodu abattoirs while upgrading of Ologe, Ibiye and Ilaje abattoirs are ongoing and will be completed soon”, Suarau said.


While presenting certificate to participants who were trained on Hygiene in Abattoir and slaughter houses; Standard Operating Procedures on Abattoir Practices; Standardization and Regulation for Meat Export; Occupational Hazard and Safety Practices in Abattoir; Abattoir and Modern Meat Shop Management; Insurance and Butchers and Book Keeping and Cost Benefits in Abattoir Operations, the Commissioner charged them to put to use what they have learnt and cascade the training in their various abattoirs and slaughter slabs.

Responding, the Chairman Lagos State Butchers’ Association Mr. Alabi Bamidele Kazeem said this is the first time Government is organizing a capacity building to butchers adding that it is a sign of better things to come in the near future.

He implored the participants to train other butchers who are not opportune to participate in the training, so the objective of the programme can be achieved.

GODBLESS ASAMOAH IS RIPE FOR BLACK STARS OF GHANA

MAN TO SPEND 7 YEARS BEHIND BARS FOR ISSUING DUD CHEQUE

Work of Judges An Endangered One – Hon. Justice Peters