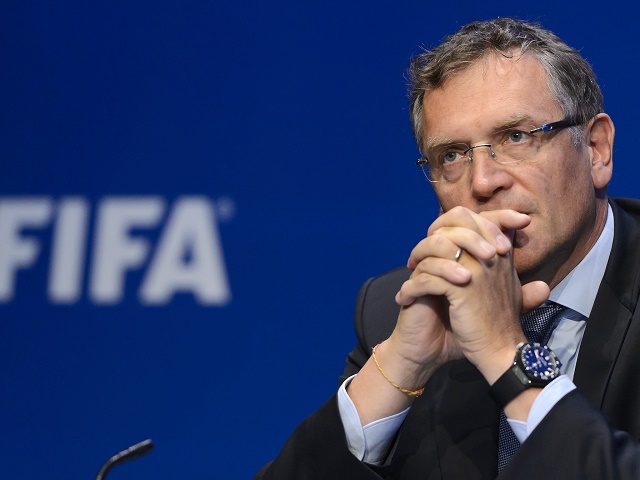 January 13, 2016 – Federation of International Football (FIFA) has relieved General Secretary of the association, Mr. Jerome Valcke from his duties.

“The employment relationship between FIFA and Jérôme Valcke has been terminated.

“Jérôme Valcke was provisionally released from his duties as Secretary General on 17 September 2015, and on 7 January 2016, when formal adjudicatory proceedings were opened against him by the adjudicatory chamber of the FIFA Ethics Committee chaired by Hans-Joachim Eckert” FIFA said, adding that the provisional suspension imposed on Jérôme Valcke on 8 October 2015, extended on 6 January 2016 continues to be valid.

Valcke, 55, was previously suspended from all footballing activities for his alleged involvement in making profit from the sale of World Cup tickets. He is also on trial for allegations of bribery, which he has denied.

DUEL IN NDOLA: OBAJE, EGBUCHULAM IN FOR INJURED MOSES, SUCCESS